Find Camila Alves is a Brazilian-American model and designer. 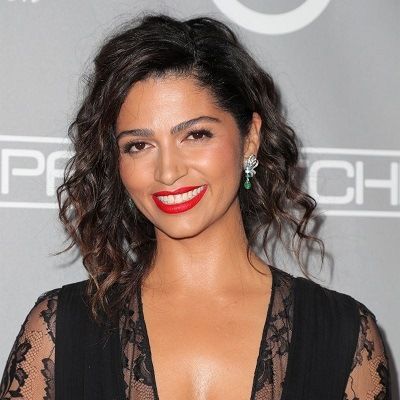 I love wearing my hair curly, but turning the curling iron all the way up creates curls that look really made up and artificial.

Women inspire me. Women in the airports, around the country in different cities, destinations around the world, inspire me with the way they express their individuality. I love watching women and discovering all the ways each person uses a color, pattern, a style, even a lipstick color. I'm a people watcher.

Embrace yourself and do what you can to look and feel your best. Don't put on so many fashion trends that create a ridiculous style statement. Pick and choose what feels good, and flatters your own body.

Who is Camila Alves?

Camila Alves is a Brazilian-American model and designer best known for her Muxo handbag line. Camila Alves is also recognized as the wife of American actor Matthew McConaughey.

Till date, she has modeled for many renowned brands and companies including Macy’s.

Camila Alves was born in Itambacuri, Minas Gerais, Brazil on  January 28, 1982. Her father’s name is unknown and her mother’s name is Fátima Saraiva.

Her mother is an artist and designer, and her father, a farmer. At fifteen, Alves traveled to Los Angeles to visit her aunt and decided to stay.

After working for four years as a house-cleaner and waitress, she became fluent in English and decided to make the United States her home.

There is no information about her siblings. Camila holds Brazilian-American citizenship and mixed (Brazilian- African- Portuguese) ethnicity. Her birth sign is  Aquarius.

Talking about Camila’s education history, there is no information about her academics.

Talking about her profession, after working as a waitress for a while, Camila Alves moved to New York City in an effort to pursue a career in fashion and modeling. In New York, she began to design bags, alongside her mother.

They spent three years experimenting and mastering their crafts and in short, time began to create much more beautiful styles and stealing the hearts of bag lovers.

While making a name for herself in fashion, Camila also became a television host. In the year 2010, she hosted the third season of Shear Genius; a Bravo Network Reality television series. Then, two years after she was made the new face for the clothing line; INC (International Concepts).

There Alves basically worked as the clothing line model. Through the following years, she kept on with her modeling gigs. Besides that, she launched a lifestyle website, Women of Today. On the website, she talked about lifestyle, health, and everything pertaining to women’s lifestyles.

In fact, Alves is also the co-founder of an organic food company known as Yummy SpoonFuls; a company that deals with the products of baby food. In the same years, she became co-founder, she played co-host for the first season of the food network competition show, Kids BBQ Championship alongside Eddie Jackson.

There was a rumor about Matthew McConaughey was purportedly willing to risk $125 million for the divorce amid unresolved issues with his wife. Currently, she is far from rumors and controversies.

Camila’s hair color is brown and her eyes color is brown. Furthermore, her dress size is 4 (US) and her size shoe size is 8.5 (US).