Singer Camila Cabello is single after her split with Shawn Mendes. She is recently single.

The fifth Harmony star, Camila Cabello is recently single focusing on her own career and enjoying the happy space.

Previously, she dated Shawn Mendes from July 2019. Sadly, the couple split after two years of relationship. They ended their romantic relationship and announced the breakup news on 17th November 2021 through Instagram stories.

In the past, her name was linked with Austin Mahone. She never had long relationships with both of them. Cabello and Austin were together for only two weeks and broke up. 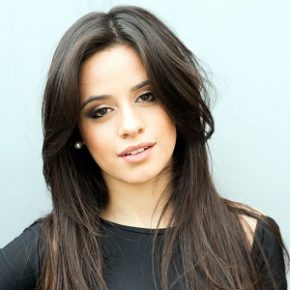 NO MATTER HOW OLD YOU GET, CRYING IN YOUR MOM’S ARMS WILL ALWAYS MAKE YOU FEEL 3 YEARS OLD"

"IF YOU DON’T WANT TO PISS PEOPLE OFF, BE A VEGETABLE."

"KISSES ARE THE BEST FORM OF COMMUNICATION."

Who is Camila Cabello?

She is a Cuban-American songwriter and singer. Cabello, as a lead singer released the two singles which were debuted in the Hot 100 US and Billboard in the Top 20. Cabello is famous for Fifth Harmony.

At the beginning of her career, she was influenced by the teen icons like Taylor Swift, Selena Gomez, and Miley Cyrus.

Camila Cabello was born on March 3, 1997, in Havana, Cuba. She holds the Cuban, Mexican ethnicity.

Her birth name is Karla Camila Cabello. Her father, Alejandro Cabello is Mexican while her mother, Sinuhe Cabello is Cuban. As per her childhood, she moved to Miami, Florida at the age of 5. X-factor was the motivation for her towards this career.

The young stunning singer and songwriter stepped into this career from the audition in the X-Factor in Greensboro, California.

When she was eliminated from the “Boot-camp” she along with other four girls from the same group made a team. The team is known as Fifth Harmony and is famous all over the world.

After finishing in third place in the show, they together signed the deal with Syco Music, owned by Simon Cowell, and Epic Records, L.A. Reid’s record label.

Regarding her solo single career, she released the debut single with Shawn Mendes named “I Know What You Did Last Summer”. The single was certified Platinum by the Recording Industry Association of America.

She also got the chance to be included in Time’s “The 25 Most Influential Teens of 2016” list. On 25th January 2017, she collaborated with Norwegian DJ Cashmere Cat for “Love Incredible” which leaked online.

It was set to be released on the upcoming album “Wild Love” of Cashmere Cat but the official release of the song was held on 16th February 2017.

There are lots of controversies related to the Fifth Harmony star Camila Cabello but some are those from which we can’t take our head off. When she used a racial slur on her old Twitter feed (Summer 2012).

She came into the controversy with her Twitter racial post. Not only this she again came in the highlight with her another controversial act when she re-tweeted some questionable content on the same account (Summer 2012).

Her romantic link with Austin Mahone for a mere 2 weeks was also part of the controversy. Her outfit in Boss was too sexy for her fans and she came in the highlight for the same reason as well.


She has a good height of 5 feet 2 inches with a bodyweight of 54kg.

She has dark brown hair color and her eye color is also dark brown.

Tags : Inside out Singer Song-writer