Updated On October 12, 2022 | Published By: Natalie | In controversy , Crime , Entertainment
Share this 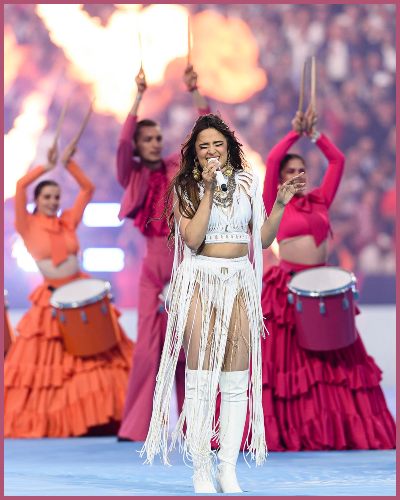 Fans booed Camila Cabello during her performance on stage. source: The Sun

Camila Cabello performed at the opening ceremony for the final match between Liverpool and Real Madrid fans at The Stade de France.

During her performance, she was booed by Liverpool fans during the opening ceremony prior to the Champions League final on Friday.

Before the final match was played, Cabello performed her hit singles Senorita and Don’t Go Yet at the stadium.

But eager fans were angry with the ticketing issues that left a thousand fans outside the stadium for a long time. As Liverpool pool had a hard time getting into the stadium, the final by delayed by 36 minutes.

The angry fans in the stands took out their frustrations on Camila Cabello by trying to ruin her performance.

Viewers also were not happy with the incident and called out Liverpool on Twitter.

“Don’t ever let anyone perform before a Champions League Finale ever again. Thank f*** everyone mutually agreed in the stadium by booing Camila Cabello,”

Another fan stood in support of Camila by writing:

“Don’t ever let anyone perform before a Champions League Finale ever again. Thank f*** everyone mutually agreed in the stadium by booing Camila Cabello,”

Camila was sad and complained of rude fans.

“Playing back our performance and I can’t believe people were singing their teams’ anthems so loud during our performance. Like my team and I worked tireless for so long to bring right vibes and give a good show.”

Football presenter Gary Lineker also shared his problematic experience of the match and wrote on Twitter:

“Finding it impossible to get in the ground. This appears to be very dangerous. Absolute carnage.”

Also, Read Split! Shawn Mendes and Camila Cabello bid goodbye to one another!