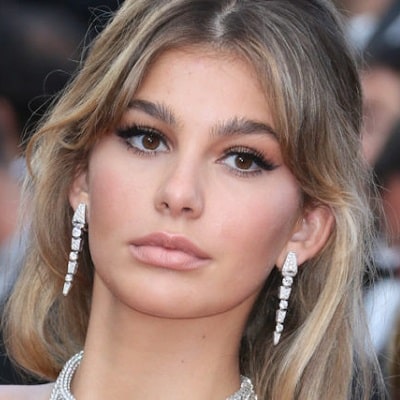 What is the relationship of Camila Morrone?

She was in a relationship with Hollywood bachelor Leonardo DiCaprio since December 2017. He is also a good friend of her stepfather, Al Pacino.

DiCaprio and Pacino have been close friends for more than 10 years and it means she knew DiCaprio as a family friend long before they began a romantic relationship. The two have reportedly called it quits after nearly four years of dating in August 2022.

Who is Camila Morrone?

Camila Morrone is an Argentine-born American model and actress who is known for her work in the 2018 movie ‘Death Wish.’

She was born on June 16, 1997, in Buenos Aires, Argentina. Camila is currently 22 years old. She was born to her mother Lucila Solá (actress) and her father Maximo Morrone (model). Her parents divorced when she was nine.

Her mother had an extramarital affair with Pacino in 2009 but the pair have not been married yet, however, Camila considers him as a stepfather. She has a younger brother named Sky Morrone.

Camila holds American and Argentinian citizenship but her ethnicity is unknown.

Talking about her education, she joined Beverly Hills High School and graduated from there.

She was in her early 20s when she began her modeling career and her inherited looks, family ties, and hard work helped her to become a success in her career.

She signed with IMG Modeling agency and appeared in magazines such as Urban Outfitters, Turkey’s Vogue, Jalouse and ads for Victoria Secret’s Pink, Sports Illustrated, etc.

In addition, she has her own YouTube channel and she uploads make-up tutorials on her channel.

Likewise, she is also active in the field of acting and has made her appearance in films like ‘My Flipping Family’, ‘Death Wish’, ‘Never Goin’ Back’, Bukowski, and many more.

It seems Camila has not been awarded and nominated for her work till date. Hope, she will win in the future.

There is a rumor that she earns around $50k for every ad or endorsement but it has not been confirmed yet.

Camila has dark brown eyes and brown hair. She stands a height of 5 ft. 9 inches and weighs 53 kg.

Is Leonardo DiCaprio hitting on Gigi Hadid after splitting with Camila Morrone?