Talking about her relationship status, Camille Trinidad is in a relationship with her fellow YouTube star, Jayzam Manabat. Jayzam is a well-known YouTube star and social media star who has more than 12.5 million subscribers on his YouTube channel.

The couple actively features in each other’s YouTube videos. They started their career together in their early twenty and share beautiful moments on different social media. They live happily together without any sign of separation or controversy till now. 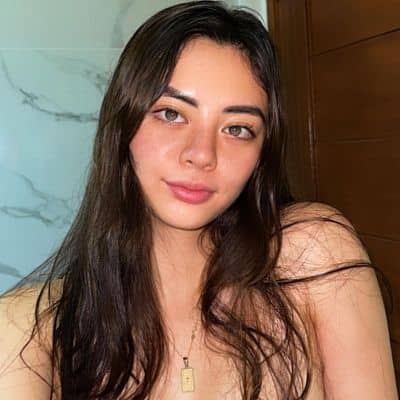 Who is Camille Trinidad?

Moreover, she is also known for being the better half of her fellow partner, Jayzam Manabat.

Camille Trinidad was born on 4 May 1998. At present, her age is 24 years old. Likewise, her birthplace is the Philippines.

Not much is known about her father and mother’s details, Camille has been secretive towards her parent’s details. Moreover, she has two siblings named John Rovie Trinidad and Rowvery Trinidad.

Talking about her nationality, Trinidad holds a Filipino identity whereas her ethnicity is Asian.

Regarding education, the star completed her graduation in 2018 from the university of the town.

Camille initiated her social media career along with her partner, Jayzam Manabat. They formed their YouTube channel named Ja Mill on 7 December 2016.

Later, Camille created her own channel on 21 November 2018. They began posting a video on YouTube a year later and posted a debut video titled, I HATE PAMPANGA (HAHAHHA!) – JAMILL VLOGS. The video has earned more than 2.1 million views now.

Additionally, one of their most-viewed videos is ‘NAKAANAK AKO SA IBANG BABAE’ PRANK(UMIYAK SIYA GRABE) that has more than 14 million views. Some of their famous videos are BREAK-UP PRANK! (UNEXPECTED), CHEATING PRANK ON GF! (NAGBEAST MODE SI CAMILLE), etc.

It is reported that Camille Trinidad has an estimated net worth of $2 million. She has earned a good name and fame on different social media platforms.

However, the YouTuber has not disclosed her exact salary, earnings, and assets details till now.

Camille has never been part of any controversial matter or rumors till now. The star has been preoccupied with her professional and private life.

It seems that Trinidad prefers enjoying her personal life and does not want to merge it with her professional life.

24 years old star, Camille has gorgeous looks, an amazing shape, and an admirable personality. She stands at a height of  5 feet 5 inches. Also, she has a balanced body weight of 55 kg.

Furthermore, Trinidad has hazel eyes whereas her hair is brown. Her body measurement is 36-28-40 inches(chest-waist-hip) respectively.

Regarding her social media presence, Camille Trinidad is an active personality on social media. Camille has more than 5.1 million followers on her official Instagram account @camilleptrinidad.

She is also active on Twitter with around 3 million followers. The star owns a YouTube channel named Camille Trinidad and it has more than 1.68 million subscribers at the moment.

Moreover, Trinidad is also available on Facebook with nearly 2.66 million fans and supporters. She has more than 5.5 million followers on her TikTok.