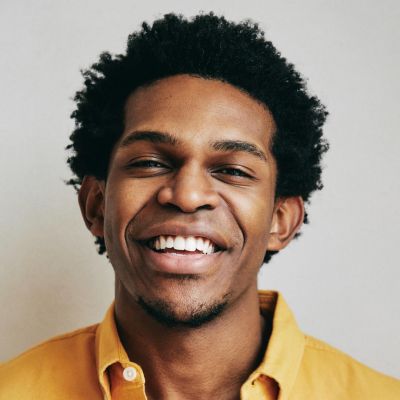 Talking about his relationship details, Camrus Johnson is presently single and he is not dating anyone at the moment. The star seems to be focused on his career and professional life.

Moreover, he has not shared any of his relationship details or related news in the media and public till now. Camrus has kept his love life profile low-key.

Who is Camrus Johnson?

Camrus Johnson is a well-recognized American actor and producer. Johnson is widely famed for his roles in Batwoman(2019), The Sun Is Also a Star(2019), and Grab My Hand: A Letter to My Dad(2019).

Camrus Johnson was born in 1990. At present, he is 31 years young star. Likewise, his birthplace is the United States.

Not much is known about his father and mother’s details, Camrus has been secretive towards his family details. Moreover, he has not shared his sibling’s information in the public till now.

Talking about his nationality, Johnson holds an American identity whereas his ethnicity is African-American.

Regarding education, the actor is well-educated. He has not revealed his academic background to the public.

Professionally, Camrus began his acting journey from the American short biographical romantic drama film, Product of My Environment in 2013. He also featured in the role of Beetle in the short drama movie, Profilez in 2014.

Additionally, Johnson has also performed in many films such as Remission Accomplished, The Cat and the Moon, and so on. He featured in the American television crime series, Bad Teachers where Johnson performed the role of Cedric Cummings in 2014. Also, he worked in the role of Dex Murphy in the mystery comedy-drama series, The Cobblestone Corridor in 2016.

Other than that, Camrus is seen in the drama series, Chicago P.D, There’s … Johnny!, Oh Jerome, No, etc.

Moreover, he has modeled for different fashion brands and featured in many covers of famous magazines. He was seen promoting clothing brands, Comme des Garcons, Third Crown, and international sport fashion shoes, J.LINDEBERG.

A famed star, Johnson has earned a decent amount of money from his profession. He has been active in his profession from the year 2013 till the present.

It is reported that Camrus Johnson has an estimated net worth of $500k-$1 million.

Camrus has never been part of any controversial matter or rumors till now. The actor has been preoccupied with his professional and private life.

It seems that Johnson prefers enjoying his personal life and does not want to merge it with his professional life.

31 years young star, Camrus has handsome looks and an admirable personality. He stands at a height of 5feet 8inches. Also, he has a balanced body weight of 73 kg.

Furthermore, Johnson has dark brown eyes whereas his hair is black.

Regarding his social media presence, Camrus Johnson is an active personality on social media. Camrus has more than 50k followers on his official Instagram account @camrusj.

He is also active on Twitter with around 22k followers.

Moreover, Johnson is also available on Facebook with nearly 3.5k fans and supporters.