Candace Bushnell is a divorced woman. She is not dating as of now. Previously, she was married to professional dancer, Charles Askegard.

They exchange the vows just after eight weeks of the meeting. On July 4, 2002, the duo tied the wedding knot on the beach by Catherine Flanagan Stover, the Nantucket town clerk and justice of the peace.

In an interview, she stated that “In further days, if she gets married again, she will marry someone who is of her age and has grown kids.” 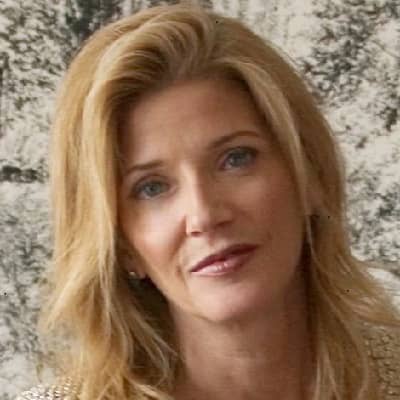 On getting married: "One has to be open-minded when the right man comes along. And I know it's freaky, but this just seems like the natural thing to do. My friends didn't even say to me, 'So soon?' I think that's because they're so relieved.''

On her husband: '''I told him he was too tall to be a ballet dancer and I asked if he was gay. At first he seemed too young, but then I looked into his eyes and it was like, 'Whoa!' ''

Who is Candace Bushnell?

She is best known for her writing a column for The New York Observer (1994-96) that was later adapted into a book named Sex and the City.

Candace was born in Glastonbury, CT on December 1, 1958. According to her birth date, she is 63 years old as of 2021 Her Zodiac sign is Sagittarius.

The name of her parents is Calvin L. Bushnell (father) and Camille Salonia (mother). Her father, Calvin was one of the inventors of the Air-Cooled Hydrogen Fuel Cell that was used in the Apollo space missions in the 1960s.

She has two younger sisters named Alyssa Bushnell and Deirdre Bushnell. Further, she is of American nationality and she belongs to mixed (English and Italian) ancestry.

Candace went to Rice University in Houston, Texas. In the late 1970s, she moved to New York where she attended New York University.

At the age of 19, Candace sold her first children’s story to a publisher, Simon & Schuster which was never published. She earlier worked as a freelance journalist for various publications for many years. In 1993, she joined as a writer for The New York Observer, and during that time she created a humorous column for the paper (1994–96) called “Sex and the City”.

In 1995, the column was published in an anthology in the year 1995, and sold to HBO as a series in 1996 sharing the same name. The series featured Sarah Jessica Parker as Carrie Bradshaw from 1998 until 2004. In 2005, she appeared as a judge in the reality television show Wickedly Perfect aired on CBS. Similarly, she hosts a live weekly talk show on Sirius Satellite Radio in 2007. Bushnell wrote the 2009 web series, The Boardroom, a comedic series about women over 40 dealing with workplace issues starring Jennie Garth.

Furthermore, her other books are,

Candace has managed to maintain a clean profile. To date, she hasn’t been part of any sorts of rumors and controversy that create a huge buzz in the media.

As of 2022, Candance has amassed an estimated net worth of around $40 million throughout her multiple careers as an author, producer, and journalist.

Her salary, real estate, and other earnings are still under review.

Talking about  Candace’s physical appearance, she has a fair complexion with a towering height. Likewise, she has a blue pair of eyes and blonde hair color.

Her precise height and weight aren’t available in the media at the moment.

She shares her email id [email protected] for any business inquiries.