Who is Candace Maxwell Dating?

As of today, Candace Maxwell is single. As a private person, she prefers to keep her romantic life away from the public.

Maxwell might have had at least one boyfriend in her lifetime, but she has never disclosed such kinds of stuff. 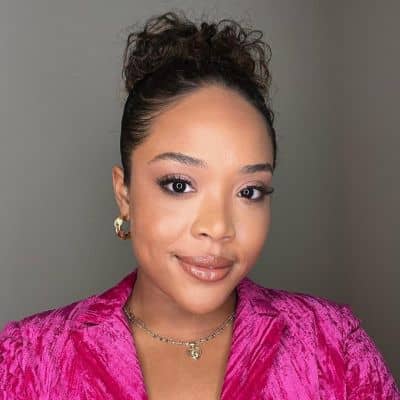 Who is Candace Maxwell?

Candace Maxwell is a dancer and actress who is a world wife famous for portraying Cassandra Haynes on the crime drama series, ‘Power.

Currently, she is in the limelight after appearing as Ellie in Tyler Perry’s comedy film, ‘A Madea Homecoming.’

Cancer is her birth zodiac sign according to the astrological chart.

She has not shared her parents, siblings, and educational details which are yet to be disclosed.

Prior to acting, Maxwell worked as a dancer on film, stage, and Broadway. She had worked as a backup dancer for the hip-hop stars like Lil Kim, P. Diddy, and Beyonce.

While pursuing a career as a dancer, she has worked on several shows and had been cast in the 2Pac’s ‘Holler If You Hear Me.’

Then, she decided to enter the acting field and debuted with the 2011 musical film, ‘Footloose.’ In 2016, she was able to book her role in three films including, ‘Bodies’, ‘The Boss’, and the tv movie, ‘Bad Dad Rehab.’

Currently, she is in the limelight after appearing as Ellie in Tyler Perry’s 2022 comedy film, ‘A Madea Homecoming.’

Candace Maxwell played the role of Ellie, Madea’s granddaughter, Cora’s daughter, and Laura’s sister in the American comedy film, ‘A Madea Homecoming.’ Tyler Perry is the producer, writer, and director of the following movie.

As of 2022, this actress of ‘A Madea Homecoming’ is able to accumulate a net worth of around 1 million USD. However, her annual salary is not calculated yet.

As a celebrated public personality, sometimes it gets difficult to maintain secrecy and stay away from unnecessary rumors that come across the way.

However, Candace Maxwell has concealed the matters and barely talks about her personal life on social media.

Adding more, with a brown complexion, she has a pair of black eyes and hair of the same color as well.

Candace Maxwell is present on Instagram @candacemaxwell_ having more than 34.2K followers. Similarly, there is a Facebook page under her name, that has garnered around 1K followers.

Other than this, She has a verified Tiktok account as well which is enriched with about 1.2K followers and 8.9K likes.