Artist Candice Accola is married and a mother of two. 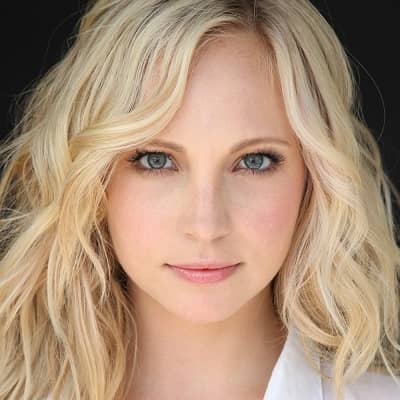 Candice Accola is married to Joe King. The couple first met in 2012 at a Super Bowl event. They are parents of two beautiful daughters: Florence May King born on January 15, 2016, and their second child Josephine June King was born in the 1st week of December 2020.

Joe is the co-founder of the rock band The Fray. The couple made their relationship committed after getting engaged on May 29, 2013. After dating and having a trustful relationship for more than a year the couple got married on October 18, 2014.

Joe was married for the second time and had two daughters which joined the couple and she became the stepmother of them.

Who is Candice Accola?

Candice Accola is an American actress, singer, and songwriter. She is famous for portraying the role of Caroline Forbes on The Vampire Diaries. She also won Teen Choice Awards in the category Scene Stealer Female of The Vampire Diaries twice.

Candice Accola was born on May 13, 1987, in Houston, Texas, USA as Candice Rene King. She is 34 years old. Her nationality is American and her ethnicity is mixed(English, Swiss-Romansh, French, Norwegian).

Her father Carolyn was an environmental engineer and her mother, Kelvin Accola, was a cardiothoracic surgeon. Candice has one younger brother Kree Thomas Accola. She was raised in Edgewood, Florida.

She studied at Lake Highland Preparatory School in Florida. There is very little information about Candice, as she wants to keep it private.

Candice started her career as a singer with her debut album It’s Always the Innocent Ones. She co-wrote 12 tracks for the album. The album was later re-released in Japan and was a great success.

Apart from singing she is an actress and performed guest appearances in the television series How I Met Your Mother as Amy, Supernatural as Amanda Heckerling, and in the episode Begin Again of Drop Dead Diva as Jessica Orlando.

In 2009 her fame rose after her main role as Caroline Forbes in The Vampire Diaries. She portrayed the role of a Teenage Vampire. She was very much praised by the critics and her fans. The series is still on the screens increasing her fame and fans.

She can also be seen in Dating Rules From My Future Self, a Youtube series. The series centers on a girl receiving romance advice from herself ten years in the future via text message. In spite of this, she also did the film Love Hurts, Kingshighway and The Truth About Angels.

In 2011 she was also seen in short videos like Myth & Mystery, The Perfect Love Triangle: Vampires, Werewolves, Witches, Howling at the Moon, Her Own Worst Enemy. She also worked for 12 episodes in the 9th season of Fashion Police.

Her total net worth is $4 million in 2021 according to the sources. However, her salary is unknown.

Candice once announced that she is pregnant and expecting her husband, Joe King. People thought it is just a rumor because she was doing the television series, The Vampire Diaries. Later, the rumors turned out to be true.