Candice Bergen married French film director Louis Malle on September 27, 1980. But Malle died of cancer on Thanksgiving Day in 1985. They had a daughter named Chloé Françoise born in 1985.

In 2000, Bergen married Philanthropist Marshell Rose at the age of 54. They are happy together but don’t have any children. 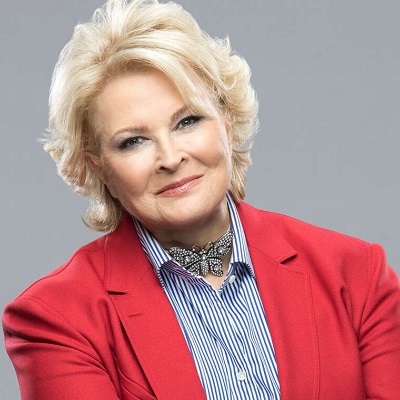 ''I may not be the greatest actress but I've become the greatest at screen orgasms. Ten seconds of heavy breathing, roll your head from side to side, simulate a slight asthma attack and die a little.'' ''There are moments when I perceive us as being on the brink of another dark age, a media blitzkrieg of mindlessness.'' ''I find it endlessly fascinating that a reserved man, a man who had difficulty expressing his feelings, fell into the profession of a ventriloquist on radio. And that the person he created was this devil-may-care, no-holds-barred, take-no-prisoners dummy. It was the dummy that wouldn't die. All the fan mail initially went to Charlie. And Edgar wasn't really welcome at parties unless Charlie was with him. It was totally surreal.'' ''It takes a long time to grow up. Longer than they tell you.''

Who is Candice Bergen?

Candice Bergen is an American actress, former model, and political activist. She is one of the highest-paid actresses of her time.

Entering screens in the 60s as ”ice princess”, she proved herself as the best actress of her time in the 70s. She is popular for her role as Murphy Brown in the Tv series titled Murphy Brown. (1988-98, 2018)

Candice Bergen was born on May 6, 1946, in Beverly Hills, California. Her father Edgar Bergen is a famous ventriloquist, comedian, and actor and her mother Frances Bergen was a model by profession.

At an early age, she was upset and irritated at being described as Charlie McCarthy’s (a character of her father as ventriloquist) little sister referring to her father’s dummy. She made her radio debut at the age of 6 at her father’s radio station.

She attended Westlake School for Girls in Los Angeles, the Cathedral School in Washington D.C., and then went abroad to finish schooling at Montesano School in Switzerland.

Later, she studied at the University of Pennsylvania but couldn’t finish her graduation due to low grades. During their college years, She was even elected both Homecoming Queen and Miss University.

She started her career as a Ford model and was even featured on magazine covers including Vogue. She received her acting training at HB studio in New York City. In 1966, Bergen made her screen debut playing a university lesbian student in the hit movie The Group.

The same year, she played in The Sand Pebbles. The movie was a huge hit and nominated for several Academy Awards. Since then she played in many films such as The Day the Fish Came Out, Live for Life, The Adventures, A Night Full of Rain, Rich and Famous, Sweet Home Alabama, Home Again, The Romantics, and Book Club just to name a few.

In addition to acting, Bergen has written articles, a play, and a memoir, Knock Wood (1984), hand-painted designer bags, and even has studied photography and worked as a photojournalist.

She was nominated for the Oscar for Best Supporting Actress for Starting Over (1979), and for the BAFTA Award for Best Actress in a supporting role for Gandhi (1982). She produced and starred in the TV movie Mary & Tim (1996)

Apart from films, Bergen appeared in many tv series like Coronet blue, Arthur the King, Mayflower Madam, Sex and the City, Saturday Night Live, The Muppet Show, Hollywood Wives, Ink, Family Guy, and many more. She has received several nominations and appreciation for Murphy Brown (1988-98,2018) and Boston Legal(2005-2008).

The show was a big success. The show ran for ten seasons, between 1989 and 1998, Bergen was nominated for an Emmy Awards seven times and won five of them. After her fifth win, she declined future nominations for the role.

After the show ended she was offered the job of a journalist but she declined the offer. In 2018, Murphy Reboot was aired on CBS for 13 episodes but later it was canceled on May 10, 2019.

Candice Bergen’s net worth is around $50 million. She has fans from all around the world. Her followers are around 155K  and therefore she earns about $1000 per Instagram post.

Now you may also know about the net worth, body measurements, and careers of Drena De Niro, Shelley Hack, Jill Latiano, and Shandi Finnessey.