Candice Michelle is married to Ken Gee Ehrlich, a Los Angeles chiropractor. Candice and Ken married on May 7, 2005.

Together they have three children;  AkiAnne Rose,  Ryumi Grace, and Aloha Von Ehrlich. 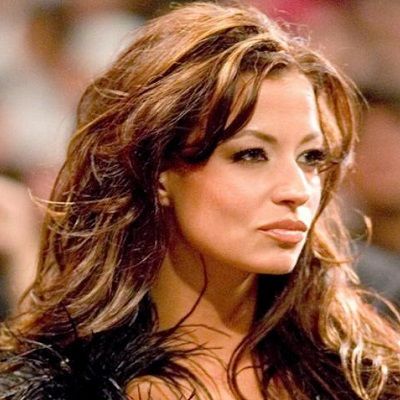 Who is Candice Michelle?

Candice Michelle was born on  September 30, 1978, in Milwaukee, Wisconsin. Her mother’s name is Kathleen Beckman-Iwen. She is of German and Costa Rican descent.

She has a sister, Dana.

As a model, Candice appeared in various bodybuilding and car magazines which include FLEX, and Lowrider Magazine.

In July 2004, Candice auditioned for the World Wrestling Entertainment’s Raw Diva Search and on 30th June 2005, she joined SmackDown as a wrestler.

Later, she moved to Raw and joined forces with Torrie and Victoria. The alliance was known as ‘Vince’s Devils’ which was broken after a bitter quarrel within the alliance.

In 2005, she was a contender for the Women’s Championship and in January 2006, she appeared in New Year’s Revolution.

In 2007, she won the title of WWE Women’s Champion against the match with Beth Phoenix.

In October 2017, she retired from wrestling after the match against  Lisa Marie Varon.

Candice has a net worth an estimation at about $1 million. As a pro wrestler, her earnings were about $120k  annually.

She is a blue-eyed brunette. Her height is 5 feet and 7 inches and weighs 54 kg.

Also, Read the Bio, Age, Net Worth, and Salary of Paige, Eugene, and Bobby Lashley.