Updated On December 6, 2022 | Published By: Arun Mehata
Share this
Married 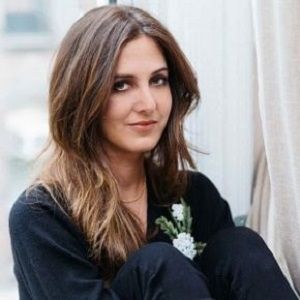 What is the relationship of Candice Pool?

Candice Pool initially got romantically associated with Casey Neistat, an American filmmaker, YouTube personality and vlogger. Casey is three years younger to Candice. Interestingly, she turned down Casey for a first date. However, the pair eloped in 2005 and soon got married.

The marriage became annulled after a month. Later, they got engaged on February 18, 2013. Eventually, they tied the knot on December 29, 2013. The wedding ceremony took place in the Grand Beach Café in Cape Town, South Africa. The couple was blessed with a daughter from the marriage, Francine Neistat, on December 6, 2014.

Who is Candice Pool?

Candice Pool is the creative director and jewelry designer for FINN Jewelry.

Furthermore, people recognize her as the wife of successful and famous YouTuber Casey Neistat.

What is the nationality of Candice Pool?

Although born in South Africa, throughout her childhood, she was raised in Texas and later moved to New York City about 15 years ago.

She holds the South African nationality and her ethnic background is English. Throughout her early years, she had a sheer love for jewelry and anything related to it which paved the way for her successful career.

Talking about her education, there is no information relating to Candice’s educational background at present.

Talking about her body measurement, there is no information regarding the height and weight of Candice Pool on the internet database.

Her natural hair color is dark blonde and her eye color is green.

Initially, Candice earned her living as a bartender while keeping her passion for jewelry alive.

Her early years were rough as at one point in her career, she went door to door in the neighborhood to sell Friendly Plastic and rhinestone earrings.

In 2005, Candice founded the company ‘Finn Jewelry’. Next, the company succeeded in establishing itself as a line of precious jewelry by 2006.

Additionally, the company introduced classic and meticulous designs of different jewelry collections that were made out with utmost precision and artistry.

Next, she turned a dark, empty industrial loft located on Great Jones Street in Noho, New York City into a gorgeous and precisely designed Finn showroom in 2009.

Currently, the showroom displays a huge collection of jewelry including Classics, Bridal, Love, Western, Moons & Stars, and others.

She stated in one of her interviews that she started designing for Finn in 2011.

This clearly portrays the success of her company. Furthermore, she received a nomination for a CFDA/Vogue Fashion Fund Award in 2011.

How much is the net worth of Candice Pool?

Although she has not revealed her current salary. She has an estimated net worth of $2 million as of 2022.

Candice cannot really keep her life and career away from the media spotlight as she is the wife of one of the most famous YouTubers at present.

However, surprisingly, she has not been involved in any notable controversies in her career. Furthermore, there are no rumors concerning her at present.

Furthermore, it also has more than 3.2 million followers on Instagram.

Adding up more info her Business Ig accounts have more than 80.2K as of 2022.

Also know more about the early life, career, net worth, relationships, and controversies of other directors and jewelry designers including Ron Perlman, Rachel Roy, and Reeve Carney.