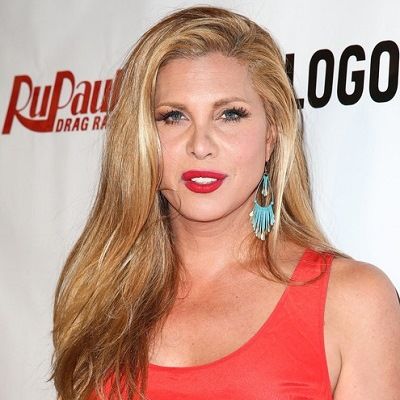 I know a lot of people who transitioned and dropped out of society for two years. They don't talk to anybody. They become hermits. They try to do everything alone.

Growing up, me and my brother, we were kind of exact opposites. We were completely yin and yang. He was rougher and tumble, and I just wanted to play with my girlfriends.

It's such a private thing. It's a huge decision. It's not like you wake up one day and say, 'Oh, I'm going to change my sex - won't that be fun?'

What is the relationship of Candis Cayne?

Candis Cayne is possibly single. However, it’s not that she wasn’t in a relationship before. She was romantically involved with DJ Marco McDermott since 2002.

Well, even though they had a long-term relationship, they never married. However, after being in a tie for nearly eight years, the love birds changed their way and got separated.

Who is Candis Cayne?

Likely, Candis Cayne is well known for portraying the character of Mistress Carmelita in the drama series ‘Dirty Sex Money’.

Candis was completely unaware of what trans-sexuality meant until she moved to New York where she was already performing in gay bar Boy Bar as ‘Candis Cayne’.

Three years after her arrival, she came out as a transsexual in public and became a known name in the entertainment industry.

Candis was born in Maui, Hawaii, the United States on August 29, 1971. Her birth name is Brendan McDaniel and she is currently 49 years old.

In the early 1990s, she moved to New York City where she worked as a drag artist and choreographer. She performed as “Candis Cayne” at a gay bar called ‘Boy Bar’ in New York and was also an entertainer at the outdoor drag festival ‘Wigstock’.

She has a twin brother namely, Dylan McDaniel. Candis holds American citizenship, but her ethnicity is unknown. Her birth sign is  Virgo.

In which school did Candis Cayne attend?

Talking about Candis’s education history, she graduated from the Baldwin High School in Maui in 1989 and also received training for a year as a classical dancer in the city of Los Angeles.

Talking about her profession, Candis Cayne’s on-screen career began in 1995 when she appeared as herself in the documentary film ‘Wigstock: The Movie’.

Whereas, her second movie was a British-American historical comedy film ‘Stonewall’ the same year, where she played the character of Diva alongside actors Guillermo Díaz, Frederick Weller, and Duane Boutte.

Additionally, she played a cameo role as herself in the American comedy movie ‘To Wong Foo, Thanks for Everything! Julie Newmar’ (1995) alongside Ivy League actors like Patrick Swayze, Wesley Snipes, John Leguizamo, and Chris Penn.

In 2003, she choreographed the video of the song ‘Milkshake’. She also received a leading role in the movie ‘Starrbooty’ (2007), written by drag queen RuPaul. She also played the character of Annaka Manners, a billionaire, and owner of a cosmetics company.

Then, Candis appeared in an episode of the television series ‘Sordid Lives: The Series’ in 2008 wherein she played the character of a therapist.

She was also offered a Portuguese movie ‘Libanesa Loire (2008), she played the character of Lebanese in the movie. After a brief break from movies, she reappeared after three years and played herself in the movie ‘Making the Boys’ (2011).

In the same year, she played the character of Geraldine in the television series ‘Necessary Roughness.  Eventually, Candis again appeared as herself in the American television comedy series ‘She’s Living for This’ (2012) starring Sherry Vine.

Moreover, her other movies were ‘Crazy Bitches’ (2014), a multi-starer horror comedy, where she played the character of Vivianna.

She hasn’t been seen in a movie after this, but managed to get a role in the documentary series ‘I Am Cait’ (2015-16), based on Caitlyn Jenner, a real-life transgender, TV persona, and gold medalist decathlete.

This actress has an estimated net worth of around $500 thousand and she has earned that sum of money from her professional career.

There was a rumor that Candis dated the transgender actress Caitlyn Jenner. They were seen together in several seminars and award functions.

Candis Cayne has a height of 5 feet 10 inches and her weight is unknown. Additionally, her bra size is 32B, her hair color is blonde and her eyes color is blue.

Furthermore, her dress size is unknown and her shoe size is 9 (US).