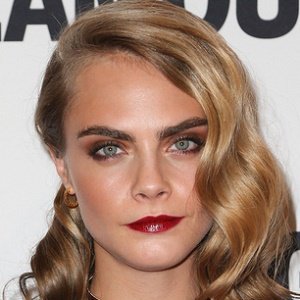 I wish my school days could have dragged on a little longer, or that I could go back and do it later in life.

When you have balance in your life, work becomes an entirely different experience. There is a passion that moves you to a whole new level of fulfillment and gratitude, and that's when you can do your best... for yourself and for others.

I treat the camera like a person - I gaze into it. Photos are a flat thing, and you need to put life into them.

What is the relationship of Cara Delevingne?

Cara Delevingne is an unmarried woman till now. Ashley Benson and Cara Delevingne are allegedly seeing each other. Both the beautiful models were spotted together holding hands at Lucky Strike in New York City. The couple was looking very happy and they were all smile during the dawn after partying whole night.

Cara was dating Paris Jackson. Cara and Paris revealed about their relationship by a smooch in Los Angeles, California in April 2018. The daughter of the late Michael Jackson and actress, Paris double dated Cara with her boyfriend, Macaulay Culkin, and Brenda Song.

She has been in a few relationships in her life. Cara is openly bisexual. From 2012 to 2013, she dated the young English musician Jake Bugg. After that, she dated the famous American actress Michelle Rodriguez in 2014. After her breakup with Michelle, she began dating another musician St. Vincent in late 2014. The couple was in a relationship for almost two years and they broke up in 2016.

Who is Cara Delevingne?

Cara Delevingne was born on 12 August 1992, in London, England, UK. Her nationality is British and she is of English ethnicity.

She is the youngest of three the daughters of Pandora Anne Delevingne and property developer Charles Hamar Delevingne. She grew up in Belgravia, London with her parents and siblings. She has two older sisters named Poppy Delevingne and Chloe Delevingne, who are also models.

She attended Francis Holland School for Girls in central London until she was 16. After that, she moved to Bedales School in Hampshire to focus on drama and music. She has dyspraxia and consequently found school challenging.

Delevingne first began modeling when she was ten years old. Her first modeling work was in an editorial shot by Bruce Weber for Vogue Italia alongside model Lady Eloise Anson. She signed with Storm Model Management in 2009.  She rose to fame after being scouted by Burberry’s Christopher Bailey in 2012 while working part-time in the office of a fashion website. Delevingne’s first catwalk appearance was at the February 2011 London Fashion Week.  She won the “Model of the Year” award at the British Fashion Awards in 2012 and 2014.

Cara Delevingne: Salary and Net Worth

She has accumulated a net worth of $28 million as of 2022. But there is no information regarding her salary. Seeing her performance in her field we can assume that she earns a good salary.

Rumors were that Cara was in a relationship with Jack O’Connell, an actor in 2014. She was also rumored to have hooked up with Harry Styles in 2012 and TV personality Gaz Beadle in 2013.

Cara got criticism from animal rights campaigners in January 2015 when her dog Leo was spotted wearing a ‘pepper spray’ training collar. She has upset animal lovers and she was highly criticized by her fans and other people.