American pop singer and songwriter who is known for her breakthrough single Undrunk. 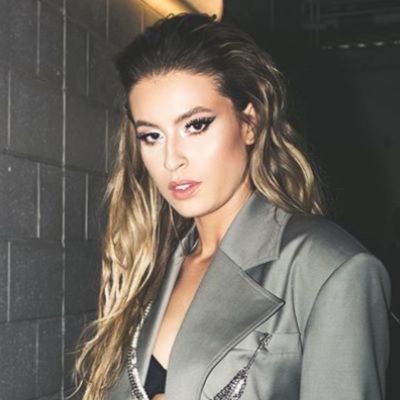 Cari Fletcher is currently in a relationship with Shannon Beveridge. Shannon is a YouTuber, actress, photographer, and LGBT advocate. They have been datingsince the end of 2016.

They have been spotted together many times.

Who is Cari Elise Fletcher?

Cari Elise Fletcher is an American pop singer and songwriter who is known for her breakthrough single Undrunk. Her first single reached no 1 on the Billboard Hot 100 list.

In 2020, she will support Lewis Capaldi on Niall Horan’s Nice To Meet Ya Tour.

Cari Elise Fletcher was born on 19th March 1994 in Asbury Park, New Jersey, US. She is the daughter of Bob Fletcher and Noreen Fletcher. Similarly, her parents are the native of New Jersey. Bob owned many car dealerships and her mother was a flight attendant.

Similarly, Cari has a younger brother named Bobby. She started taking vocal lessons when she was five years old.

Cari attended the Wall High School in Wall Township, New Jersey, and graduated in 2012. After that, she attended the Clive Davis Institute of Recorded Music at New York University.

She took a year’s leave but completed her education in NYC in the year 2016.

Cari competed in the premiere season of The X Factor. He was paired with Hayley Orrantia, Paige Elizabeth Ogle, and Dani Knights to form the group Lakoda Rayne under the mentorship of Paula Abdul.

On 30th September 2016, Cari released her album, Finding Fletcher. After that, she released another album You Ruined New York City for Me.

Her singles are War Paint, Live Young Die Free, Avalanche, Wasted Youth, You Should Talk, I Believe You and others.

Her girlfriend Shannon has an estimated net worth of $1 million.

Cari Elise Fletcher is doing well in her career. She has not been part of any big rumors and controversy.

Cari has blonde hair and brown eyes. She is 5 feet 7 inches tall and weighs around 61 kg.