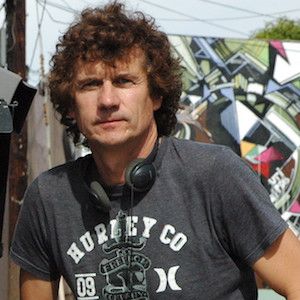 Carl Colpaert has kept his personal life private and out of the spotlight. He usually doesn’t talk about his private life in media and public. He prefers people focusing on his work rather than his personal life. He hasn’t mentioned about his affairs publically and has managed to keep it low profile. There is no any record of his marriage and divorce till now.

He has not clarified about his married life, affair, girlfriend and spouse till the present time. He is currently focusing on his work and it seems like he doesn’t have time for love affairs. According to the records, he is possibly single at the present time. He has a daughter named Jacqueline Dufwa Colpaert. The name of his daughters’ mother is undisclosed.

Who is Carl Colpaert?

Carl Colpaert is an American film director, producer, and screenwriter. He is also the founder of Cineville, a production, and distribution company based in Los Angeles. He is also famous for directing the hit film The Affair (2004).

Carl prefers people focusing on his work rather than his personal life. His nationality is America, but his ethnicity is undisclosed. He attended CARL the National Radio and Film Institute in his native Belgium. He graduated from the American Film Institute in 1984.

Carl started his professional career in the post-production department of Roger Corman. He founded the production and distribution company Cineville with Christoph Henkel in 1990. Several actors have got their break on Cineville productions till now.

He has directed and produced several films. His first notable work was in the 1992 film Gas, Food, Lodging, in which he was an executive producer. The following year, he produced a movie titled Mi Vida Loca (1993). He was also the executive producer of the film Cafe Society (1995). Since then, he has worked in several movies.

Carl directed the hit film The Affair (2004).  He won the grand jury prize for directing the film GI Jesus in CineVegas 2006. His film Black Limousine had its World Premiere at the 2010 Montreal World Film Festival.

The film won the audience award at the 2011 Santa Cruz Film Festival. His recent works are Something About Her (2015) and Diamonds in the Sky (2015). His net worth is undisclosed.

Carl’s hair color is dark brown and his eye color is blue. His height, weight, and shoe size are unknown.