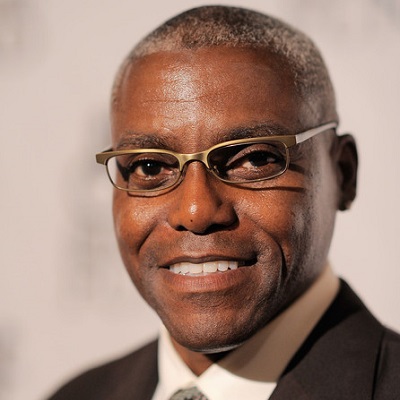 ''I've always known that sporting people frequently suffer from joint problems because of the repeated strain they put on their bodies to get to the top. But somehow I never thought it would happen to me.''

"My life isn't interesting! It's my mom. You need to write her life and put me in it. I'm a cameo in her life."

"If you don't have confidence, you'll always find a way not to win." ''The trials on the road to world harmony are no greater than the courage of those who accept the challenge.''

Carl and Maria have a son named Bakim Lewis.

Bakim graduated from basic training combat in 2015 and joined the Army.

Who is Carl Lewis?

Carl Lewis is an Afro-American former track and field athlete.

Carl Lewis was born as Frederick Carlton “Carl” Lewis on July 1, 1961, in Birmingham, Alabama to Bill and Evelyn Lewis. His mother is a former American Track and Field Athlete.

He has three siblings.

He got his preliminary education from Willingboro High School, New Jersey, US. After that, he joined the University of Houston, Houston, Texas for graduation.

Both of his parents were the professional coach and ran a local athletic club which exposed him to the sport.

Carl Lewis began his long jump shot at the age of 13. After that, he became one of the top junior long jumpers of New Jersey.

In 1979, he broke the high school record with a leap of just 8.13m which was also a national record. He was then trained by Tom Tellez at the University of Houston.

By the end of 1979, he secured the 5th position in the world ranking of a long jump.

He won the first national and NCAA title in the categories of 100m and long jump for the University of Houston. He became no. 1 athlete by 1983 breaking and setting lots of world records.

In 1984, Lewis participated in the Olympics and won a historic feat of four-goal medals equals to Jesse Owen. He won gold medals in the long jump, 100m, 200m, and 4*100m relay race.

He went on to compete in three more Games: the 1988 Olympics in Seoul, South Korea; the 1992 Games in Barcelona, Spain; and the 1996 Games in Atlanta. In all, Lewis won nine gold medals, including a final gold in 1996 in the long jump.

In the second season of World Championship 1987, he retained his gold medals in the category of long jump and 4*100 relay race.

He lost to Johnson at the 100m race. Due to the positive result for drug usage by Johnson, he got a gold medal by setting the new Olympic record with 9.92s.

In 1991, Lewis won one of the toughest competitions of 100m in the World Championships with a new record of 9.86 seconds.

On April 11, 2011, Lewis filed a petition to run as a Democrat for New Jersey Senate in the state’s 8th Legislative district in Burlington Country. However, he was disqualified for not meeting the state’s requirement that Senate candidates live in New Jersey for four years. Lewis appealed the decision to the Third Circuit Court of Appeals; the court initially granted his appeal but a few days later the court reversed itself and Lewis withdrew his name.

As of 2018, he works as an assistant track coach at his alma mater, the University of Houston.

How Much Does Carl Lewis Earns?

Carl’s net worth is around $20 million approximately.

He endorsed brands such as Nike, Coca-Cola and many more.

Similarly, he owns several restaurants in Washington and the football team too.

Lewis owns a marketing and branding company named C.L.E.G., which markets and brands products and services including his own like Vodka, Perfume and many more.

Carl has brown eyes with clean shaved hair. He is 6 feet and 2 inches tall and weighs around 80Kg.

He is a vegan and believes that switching to a vegan diet can lead to improved athletic performance.

You may also know about the net worth, body measurements, and career of Dawn Staley, Deion Sanders, Dawn Staley.