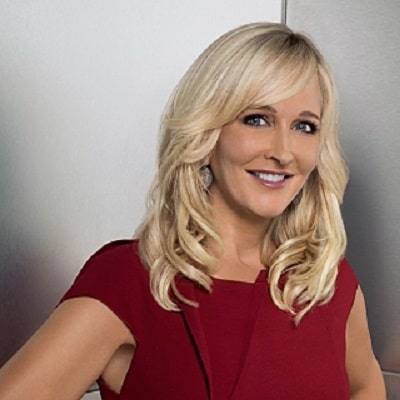 Carla Pennington might be currently single. She is living a very low-key life and has successfully kept her life away from the media.

However, she was captured having dinner with David Foster on July 27, 2019. He is a Candian musician, composer, songwriter, and record producer and he was married fourth times in his life. Many of her viewers wonder about her sexual orientation because of her secretive nature.

Who is Carla Pennington?

Carla Pennington is an American producer and writer who is best recognized for her works in The Doctors (2008), Dr. Phil (2002) and The Available Wife.

Her exact date of birth and exact place of birth is not available. She lived in Bouknadel Morocco with her family when she was about in her 10. Her father was a USN Chief Petty Officer in 1970. Carla may be a single child or her family may have children, but their names have not revealed yet.

Carla has blue eyes and blonde hair. Also, she has a sharp jawline and high cheekbones which defines her facial structure.