Carley Allison gained immediate hype after singing a one-direction song, More Than This

John Servinis who was always there for her till her last breath was probably her boyfriend at the time.

After her death, his whereabouts are not known. 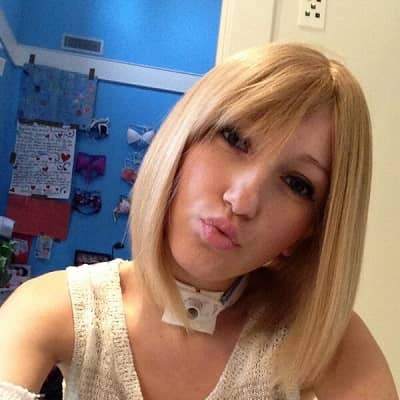 Who is Carley Allison?

Carley Allison was a famous Canadian YouTuber who was diagnosed with an extremely rare cancer, Clear Cell Sarcoma.

Likewise, she gained immediate hype after singing a one-direction song, More Than This and which was noticed by singer, Selena Gomez.

In addition, Carley’s Angels were found inspired by her to help the suffering kids.

She was survived by her father, Mark Allison, and her mother, May Allison (nee Alizadeh). Likewise, she grew up with her lovely sisters, Riley and Samantha.

Her family was very supportive of her and her friend, John Servinis was always there for her till her last breath.

Her nationality is Canadian.

Carley went to the North York General Hospital in February 2013 after she suffered difficulty in breathing and that’s when the doctor’s found a golf ball size tumor on her throat.

Eventually, she became aware that she had this extremely rare cancer, Clear cell sarcoma. Her cancer was so rare that she was among the 175 people in medical history to be diagnosed with it.

After that, she made a youtube video covering the songs 0f celebrities such as Christina Perri and One Direction.

She gained immediate hype after singing a one-direction song, More Than This breathing through a breathing tube inserted in her throat during an emergency tracheotomy.

The video was noticed by popular singer, Selena Gomez.

Moreover, she got the chance to sing the national anthem at the Air Canada Centre for the NHL’s Hockey.

She courageously confronted her rare illness and didn’t let the disease overcome her.

A 2017 film, Kiss and Cry was inspired by her courageous efforts and depicts the life of brave Carley Allison.

Allison was a tall and beautiful girl who had a never-ending glowing smile on her face.

Likewise, she had irresistible green eyes with blonde color hair.

Even though she passed away, she has stored some of her memories on her social media accounts.

The accounts are inactive now. Her youtube channel has over 49k subscribers.