Carlo Aquino is an unmarried person but is in a relationship. He is dating a girl named Trina Candaza who is a model by profession. 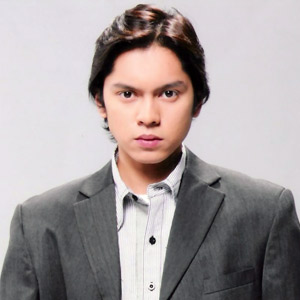 Who is Carlo Aquino?

Carlo was born on September 3, 1985, in Quezon City, Philippines. His nationality is Filipino and belongs to the Asian ethnicity.

His mother’s name is Amelia Aquino and his father’s name is Jose Aquino. He was raised up by his parents in a friendly and in the entertaining environment along with his siblings named Marvin Aquino and Grace Aquino.

Aquino was mainly encouraged to secure his career in an acting field by his parents and he was also highly interested and dedicated. He started working as a child actor from an early age after learning acting for two years. Nothing is published about his educational background.

Carlo Aquino made his T.V debut in the year 1992 and appeared in a T.V show titled “Ang TV”. In 1996, he made his film debut and appeared in a film titled “Cedie”. In the same year, he appeared in other two films titled “Magic Temple” and “Ang TV The Movie: The Adarna Adventure”.

From 1999 to 2002, he was engaged in a show titled “G-mik” as ‘Justin’. In the year 1999, he appeared in a hit movie titled “Bata, Bata… Pa’no Ka Ginawa?” as ‘Ojie’ for which he won three awards including ‘FAP Awards’, ‘FAMAS Awards’ and ‘PMPC Star Awards for Movies’ and also nominated for ‘Gawad Urian Award’.

In the year 2014, he appeared as ‘Hazzy Go’ in a T.V show titled “Maalaala Mo Kaya: Wedding Gown” for which he won ‘PMPC Star Awards for TV’ twice and was also nominated for other two shows. His net worth is not published yet and is under review as of 2022.

Carlo is rumored to be dating a non-celebrity. He uploaded the picture with her on his social media handle but the details about their affair are not known.

He is not associated with any controversy currently. being a straightforward person, he does not get involved in any type of juicy gossip.

Tall and handsome Carlo Aquino had an average height of 5 feet 7 inches. He has stunning black eyes and light brown hair. He has a slim body type.