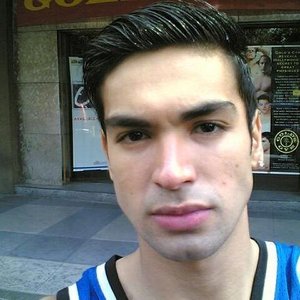 Carlos Agassi is an unmarried person but is in an affair. He is dating an actress Gwen Garci.

Previously, he has been in the relationship with model Margo Midwinter. They ended up their relationship after being engaged in 2013.

Who is Carlos Agassi?

Carlos Agassi is a Filipino actor and T.V personality. He is also a rapper.

Carlos was born as Amir Carlos Damaso Vahidi Agassi on Dec 12, 1979, in Makati, Philippines. He is of Asian ethnicity.

His parents are Hussein Agassi Vahidi (father) & Rowena Damaso (mother) and his siblings are Aaron Agassi and Michael Agassi.

About Carlos’s educational background, he in 2000 joined De La Salle University to gain a degree in Psychology.

Carlos made his film debut in the year 1996 and appeared in a film titled “Ang TV: The Adarna Adventure”. Also, he appeared in several movies including “Ibulong Mo Sa Diyos 2”, “Hiling”, “Tar-San”, and “Muling Ibalik Ang Tamis Ng Pag-ibig”.

Besides, this, Carlos has founded a recording studio called Amir Carlos Agassi, Inc.

Once there was a rumor that Carlos had undergone dialysis procedure with the reason for kidney failure. However, he said that all these rumors are false.

Also, he has been a victim of numerous death hoaxes.

This actor plus model has an estimated net worth of $1 million. His romantic-comedy movie Every Breath U Take (2012) has a box office collection of 49.8 million Peso.

This actor also owns a restaurant which is named Brasas.

Regarding Carlos Agassi’s body features, he has black eyes and black hair.

He stands with a height of 5 ft 10 inches and body weight is average.

However, he is also seen on Twitter with around 10.6k followers.