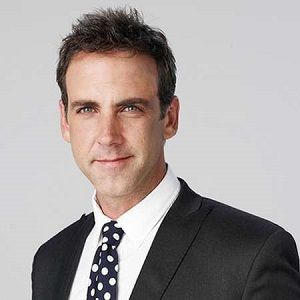 I can't live without a sense of humor. I need to be laughing and entertained at all times

I would love to continue working on animated films. Yeah, those are my ambitions. No doubt

I'd say it's even harder to cater to Hispanics than to the lesbian or gay community. We're so culturally separated: Puerto Ricans, Dominicans, Mexicans, Venezuelans. We're all so different.

Carlos Ponce has been into several relationships in the past. His current relationship status is not known. He was dating actress, Ximena Duque since 2011. The lovebirds lived a happy life until 2015. Before this, he was married to a model, Veronica Rubio. The ex-couple got wedded on October 25, 1996.

Together, they lived until 2009. During their time together, they had four children. They are Giancarlo, Sebastian, Savannah Alla, and Sienna Natasha. Giancarlo was born in 1999, Sebastian was born in 2001 and both of Savannah and Sienna were born in 2002. They got divorced on July 29, 2009. Several rumors suggested his affair with an actress, Roselyn Sanchez in 2004.

Who is Carlos Ponce?

Puerto Rico-born Carlos Ponce is a multi-talented person. He is a famous actor. Additionally, he is also a singer and a model. He is active in the entertainment business since 1989. Presently, he is popular for his lead role in Mexican drama TV series, Dos Hogares from 2011 to 2012. Notably, people also recognize him as a voice actor in films like Rio, Ice Age: Collision Course, Spy, and The Pirate Fairy.

Carlos Ponce was born in Santurce in Puerto Rico. He was born on September 4, 1972, as Carlos Arnaldo Ponce Freyre. The name of his father is Carlos Ponce Sr.

Similarly; his mother’s name is Esther Freyre. Although he was born in Santurce, he grew up in Humacao. During his childhood, he participated in school plays and appeared in commercials at the age of six. He belongs to Puerto Rican ethnic background.

For his education, he went to high school in Humacao. Afterword, he attended South Miami High School after moving to Miami in 1986. Later in 1993, he graduated from there.

Carlos Ponce started appearing in commercials since the age of six. During the early nineties, he hosted a talk show, Hablando and made his debut on TV. Afterward, in 1993, he portrayed Willie in the television series, Guadalupe. From 1996 to 1997, he featured in Sentimientos ajenos.

Similarly, in 2005, he gave a good performance in films like Deuce Bigalow: European Gigolo and Meet Me in Miami. He played the character of Bruce Remington in a show, Dame Chocolate in 2007.

From 2011 to 2012, he acted in Dos Hoagares and played the role of Max Duran in Hollywood Heights. Furthermore, he played the lead role of Humberto Cano in Santa Diabla from 2013 to 2014.

Also, he played Felix in cristela from 2014 to 2015.  In 2017, he appeared in a TV series named Major Crimes. In the meantime, he also gave voice to several characters in movies from 2011 to 2016. Some of those movies are Spy, Rio, The Pirate Fairy and Ice Age: Collision Course.

Additionally, he is also a singer and a music composer. He released a self-titled album which reached number one on Latin Billboard charts. Similarly, he released Me Llevas in 2010, Perro Amor in 2012, La Historia in 2003 and others. in 1999, Billboard magazine honored him with Best Pop album.

Presently, he earns a huge amount of salary. As a result, he has an estimated net worth of around $5 million.

Carlos Ponce is a professional guy. He does not want to involve himself in controversies. Therefore, he stays away from any media tittle-tattle. Consequently, Carlos lives a life free of controversies, rumors, and criticisms.

Carlos Ponce looks after his body. While his height is 6 feet 1 inch, his weight is around 81 kg. He has brown hair and green eyes.