Carlos is married to his love Lauren Lake after dating for a year. The pair tied the knot in the year 2007.

They welcomed their first only child named Carlos Jr, in the year 2010. 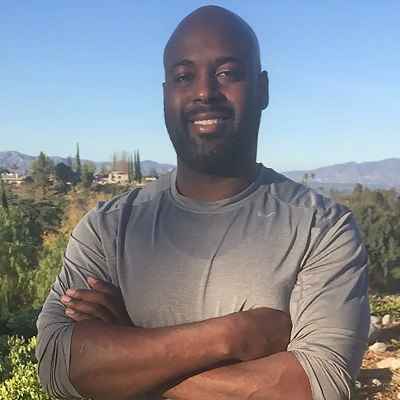 Who is Carlos Woods?

Carlos Woods is the former Hornet Linebacker who got prominence as the husband of multitalented lady Lauren Lake.

He prefers to keep his personal life private and has t shared any information regarding his family background with the public yet. Also, there is no information about his siblings.

Carlos finished his high school studies at Ocean Lake High School. Similarly, he graduated from Delaware State University with a bachelor’s degree. After completing his undergraduate studies, he enrolled in a Master’s degree at Penn State University.

After graduating from university, he went to work as an assistant coach at Landstown High School. Later, he was allowed for a paid internship with the Indianapolis Colts of the National Football League.

Woods worked as a defensive coach and scout with the Indianapolis Colts for three years. In addition, he worked as an assistant coach for the Cincinnati Bengals and Delaware University.

In 2018, he was also named head coach at LA Pierce College.

Carlos joined the Ornets as soon as he enrolled at Delaware State in 1999. He appeared in three seasons, with his best season coming in 2000, when he guided his team to a 7-4 record with 35 tackles.

In 2019, while working as the head coach at LA Pierce College, Woods was accused of charging up to $400 in rent for a cramped off-campus residence. Following this purported charge, he was put on leave for further investigation.

Jose Cordova, one of the victims of the event, said, “He promised actual living space, but with how many people were living in that house, it ended up feeling like a camp/jail.”

The pupils were apparently evicted because he did not pay the rent, despite the fact that Woods charged some as much as $400 per month.

Another instance in which Woods found himself in hot water stemmed from one of his employment choices. Woods allegedly hired three ineligible players and recruited out-of-state athletes, both of which are against CCCAA rules.
Carlos made no public comments on these issues.

Carlos Woods collected rent from the athletes but didn’t pay it to the landlord, players told the school’s newspaper the Roundup, leading to their eviction. At least four of these students reportedly resorted to living out of the school’s locker room and one said he ended up homeless.

Carlos stands tall at a height of 6feet and 4inch and weighs approx 98kgs.

Talking about his physical appearance, he has bald hair and a pair of black eyes.