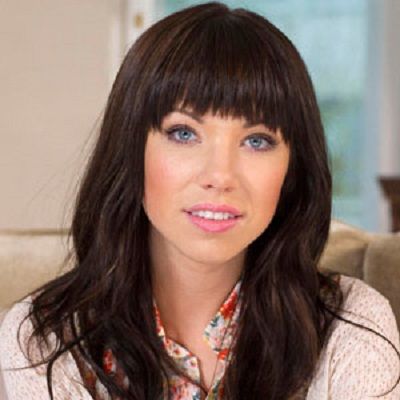 From 2015 till 2017, Carly Rae Jepsen had dated photographer David Larkins. Before this, she has dated a personality named, Jordi Ashworth from 2011 to 2012. Then from late 2012 to 2015, after her break-up with Jordi, she dated American musician Matthew Koma.

At present, this singer is in a relationship with James Flannigan. He is a Multi-Instrumentalist. Carly keeps sharing pictures of his on her social media.

Who is Carly Rae Jepsen?

Carly Rae Jepsen is a Canadian actress, singer, and songwriter. Well recognized after she released her single “Call Me Maybe,” which reached number one in 18 countries in the year 2012. She becomes popular when she works with Ryan Stewart, Tavish Crowe, and Josh Ramsay.

Moreover, they write a song named Call me maybe which was released in Canada in September of the same year.

Carly Rae Jepsen was born in Mission, British Columbia, Canada on 21 November 1985. Her father’s name is Alexandra Jepsen and likely, mother’s name is Larry Jepsen, and her step-father is Ron Lanzarotta. She has a sister, Katie Jepsen and a brother, Colin Jepsen who grew up with her in Mission.

Her nationality is Canadian and has a mixed ethnicity of Danish, English, and Scottish.

Jepsen attended Heritage Park Secondary School in Mission. She achieved her early passion for musical theater appearing in several student productions by Annie, Grease and The Wiz. She studied musical theater at the Canadian College of Performing Arts in Victoria, British Columbia.

Jepsen had several minimum wage jobs and also worked as a barista and a bartender, after her graduation from school.

Jepsen’s career began in 2007 when she decided to pursue her immense interest in music and took an audition for the fifth season of the reality television Contest named Canadian Idol.

She secured third place in the contest and was chosen as a part of Canadian Idol Top 3 concert tour. After the tour, Jepsen returned to British Columbia to contribute on writing and completing her band.

In the year 2008, Jepsen released her first single and another single which is a cover of John Denver’s song named The Sunshine on my Shoulder. Her debut album Tug of War was released in September 2008, by Fontana North. She came into huge limelight when she worked with Ryan Stewart, Tavish Crowe and Josh Ramsay with whom she wrote a song named Call me maybe which was released in Canada in September of the same year. As her single “call me maybe” went insanely hit, in 2012, a Canadian pop singer Justin Bieber shared a tweet about the song among his millions of Twitter followers.

After her song Call me maybe went very popular all over the world, she recorded a song named Good Time with a famous band named Owl City in June 2012. She has released three albums till the date. Her second album Kiss released in 2012 and then her third album Emotion in 2015.

In 2012 Billboard’s Women in Music Awards, she won Rising Star award. Furthermore, she has won various awards like Best Musical Moment, Most Streamed Video of the Year, International Breakthrough of the Year.

Jepsen earns huge amount of money as she is a singer, songwriter, and dancer. Moreover, she has also appeared in different movies. And so her net worth is now $10 million.

Jepsen owns a Fiat 500l car which cost around $20 thousand. She has been endorsed by Candie’s Foundation which has been the secondary source of her huge net worth.

Carly Rae Jepsen has maintained a good relationship with all other people in her personal and professional life. And so she is far from all of these rumors and controversies.

Carly Rae Jepsen is active on different social media networking sites. She is active on Instagram with more than 1.8M followers. Likely, she has over 10.3M followers on her Twitter account. Her Facebook page also holds more than 1M likes.