Updated On November 15, 2022 | Published By: MarriedBioraphy
Share this
In Relation 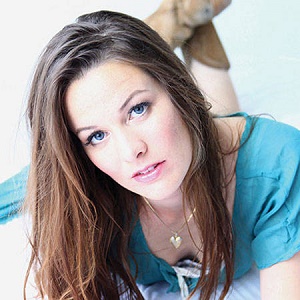 What is the relationship of Carly Ritter?

Carly Ritter is in a relationship. She is having an affair with Jason Cape. They are dating for a couple of years and the rumors say that the couple might get married this year itself.

Who is Carly Ritter?

Carly Ritter is an American actress. She is renowned as the daughter of Nancy Morgan and John Ritter. Her father John was an American actor and comedian. He died on September 11, 2003.

Ritter was born on 1st March 1982, in the US. Her nationality is American and her ethnicity is mixed (English with French, Dutch).

He died due to Aortic Dissection. She has a stepmother, Amy Yasbeck, who is also an actress.

She has three brothers: Jason Ritter, Tyler Ritter, Noah Ritter. His brothers are also working in the entertainment industry. She does not have any sisters.

Her grandparents’ names were  Tex Ritter and Dorothy Fay. During her childhood, she was interested in acting because of the influence of her parents.

Talking about her educational background of Carly, she attended Vassar College and graduated in the year 2005.

How much does Carly Ritter earn?

Carly Ritter started acting at a very young age. She learned acting and starred in the movies, Artbound, Slice, and Monsieur Balloons. Furthermore, she has a CD titled, Carly Ritter as a singer/songwriter. The album was released by Vanguard Records.

Her family is from the entertainment industry. She is still working to build her career. Hence, there is no information about her professional life.

There is no information about her salary and as of 2022, she has an estimated net worth of $1 million. However, she is living a luxurious lifestyle.

During his entire career, she maintained top-notch professionalism in her work. Her work was always admirable, and her hard work reflected in how well she did in his career.

She maintained a decent and admirable image during her entire career without attracting any rumors and controversy. Instead of attracting unwanted attention, she made everyone believe that she has no interest in becoming a controversial figure.

What are the body measurements of Carly Ritter?

Carly Ritter’s hair color is brown and her eye color is blue. There is no information about her height, weight, shoe size, dress size, etc.

To know more about Bre Tiesi, Nora Dunn, and Amy Yasbeck, please click on the link.