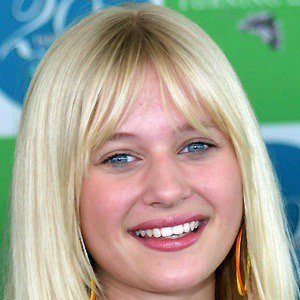 “I think it's really important to give back and show other people that you care.”

Just getting to wake up and play somebody else for an entire day is just an amazing thing.

You really can't do a remake. I mean, 'King Kong' needed its turn to be remade. It needed an update. But the 'Bad News Bears,' or 'The Shaggy D.A.,' those are classic movies. I think they did a good job of remaking them, but it's just not the same thing. Nobody can top Tatum O'Neal. It just isn't the same.

What is the relationship of Carly Schroeder?

Carly Schroeder is currently living her single life. Previously, she was in a relationship with Jake Thomas but their relationship did not work and got separated.

She is busy in her career recently and she might have been in search of the perfect one.

Who is Carly Schroeder?

Carly Schroeder is an American actress, animal rights activist, environmentalist, and nutritional advocate who is well known for her role as Serena Baldwin in Port Charles, a spin-off of ‘General Hospital.

She was born on October 18, 1990, in Valparaiso, Indiana, USA. Her birth name is Carly Brook Schroeder. She is currently 31 years old. Her father’s name is Paul Schroeder and her mother’s name is Kelli Schroeder.

She has got a younger brother named Hunter Schroeder(actor) and he has also made his appearance with his sister in ‘Gracie’ and ‘Eye of the Dolphin’.

She is often related to Ricky Schroder, but they have no relation at all. Carley holds American citizenship and her ethnicity is a mix of German, Irish, and English.

She attended Thousand Oaks High school and graduated from there in July 2009. Later, she graduated from California Lutheran University with a double major in communications and psychology and a minor in theatre.

She got her first assignment at the age of 3 actings when she accompanied her cousin to an acting audition. The casting director expressed his wish for Carly to work for him. Her mother initially hesitated but after thinking about college expenses, she allowed her to get into acting.

She started to work as a child print model and did print work in Chicago for Sears, Kmart, Spiegel, and many other print advertisers. She was asked to do several TV commercials by Bob Ebel, a child director in 1995. After two years, she was hired by ABC to play the role of Serena Baldwin on ‘Port Charles’.

Then, she landed the role of Melina Bianco in Disney’s Channel’s ‘Lizzie McGuire’. She was originally booked for a one-time appearance but she ended up shooting twelve episodes of the show and after appeared in the same role in the movie ‘The Lizzie McGuire Movie in 2003.

Carly made her feature film debut in the role of Millie in the thriller ‘Mean Creek’ in 2003. She did an intense three-month work-out to win the role in the film ‘Gracie’ in 2006. After a year, she appeared as Alyssa in the film Eye of the Dolphin which the movie has been well received and continues to receive honors.

It was announced in early July 2017 that she would return as Serena Baldwin to ‘General Hospital’ to honor the late Peter Hansen who portrayed the role of her grandfather. Peter died in April 2017. Then, she appeared as Laurie in ‘Ouija House’ in 2018 and appeared as Anna in ‘Deadly Shores’ in the same year.

The talented actress announced in February that she had enlisted in the US Army in order to give her voice as an advocate for veterans and human trafficking more validity.

She has a height of 5 ft. 5 inches and she weighs 55 kg. Also, Carly has got blonde hair and blue eyes. However, information regarding her dress size, shoe size, body measurements, etc. are not available.