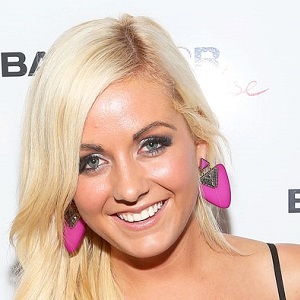 What is the relationship of Carly Waddell?

Carly is a married woman. In 2015, she was in a relationship with a singer/songwriter, Erik DiNardo.

They dated from August 2015 to February 15, 2016, just after Valentine’s Day. The break-up was unexpected to both of them.

After that, she was romantically connected to Kirk DeWindt in the second season of “Bachelor in Paradise”. But it didn’t work that long.

During the 3rd season of “Bachelor in Paradise”, she started dating Evan Bass. Evan and Carly got married in Mexico on June 17, 2017. They are happily enjoying each other’s company.

Currently, she lives in Nashville, Tennessee, with her fiancé, Evan Bass, and his three sons, Ensley, Liam, and Nathan.

Who is Carly Waddell?

Multi-talented Carly is also an actress and an aspiring singer.

She is a prominent figure among TV audiences. It is because of her appearance on the reality-based dating game show.

She appeared multiple times on such shows. First was the 19th season of “The Bachelor”, where she competed for Chris Soules’ heart.

Presently, she is a well-known figure among TV viewers because of her successful 3rd season of “Bachelor in Paradise”.

Carly was born in the city of Arlington in the state of Texas on October 11, 1985.

Her nationality is American and her ethnicity is North American.

She was born to her parents, Jeff Wadd(father) and Maryann Waddell(mother).

Waddell grew up with a lot of interest in singing. She was passionate about music and songwriting from a very young age.

As per her education, she attended musical theater at Tisch School of the Arts, New York University.

Afterward, she joined the University of Oklahoma.

In 2007, she graduated from there with “A Bachelor of Fine Arts degree” in Musical Theatre Performance.

Carly is involved in multiple professions.

She is a singer, actor, and a TV personality. Multi-talented Carly was interested in music from a very young age.

This inspired her to write songs and sing them. She used to sing songs and upload them to youtube.

Furthermore, she also used to be a cruise ship singer. As per her TV career, she started appearing on reality-based dating game shows.

In 2015, she appeared in the 19th season of “The Bachelor”, where she competed for the heart of Chris Soule. But it didn’t work out.

Afterward, in the 2nd season of “Bachelor in Paradise, she tried again to win the heart of Erik but it didn’t last long either.

Finally on the 3rd season of “Bachelor in Paradise”, she had her successful season.

Carly Waddell: Salary and Net Worth

There are several rumors that opine that the engaged couple could be marrying soon this year.

Other than that, there are no other rumors that surround her personal and professional life.

She keeps maintaining her distance from the media. Presently, that has helped her to avoid any media controversies.

Carly has a height of 5 feet 6 inches. She has golden blonde hair and light blue eyes. Her body weight is not known.

Also, there are no details regarding her body measurements.

Pregnant Carly Waddell and Evan Bass are delighted as they are expecting their first child together! Click for more details!