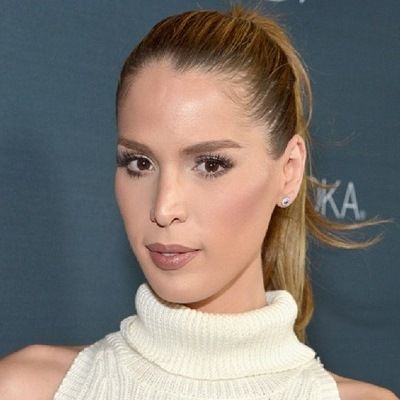 Loyalty is my favorite quality in a 'bestie

Being a voice for my community is something that I don't take lightly.

Carmen Carrera was in a relationship with Adrian Torres since 2009.

In the year 2013, they briefly separated but later appeared together for relationship counseling in Dr. Jenn Mann’s reality show ‘Couple’s Therapy’.

After a heartfelt reconciliation, their wedding took place on June 10, 2015, during the filming of an episode which aired on VH1 as the season six finale. Her husband is also a TV star.

Who is Carmen Carrera?

Carrera is also mostly known for her work on the spin-off series RuPaul’s Drag U. On 2012 May 1, she was discovered as a male during the third season of RuPaul’s Drag Race. However, ABC News reported her as a Transgender woman.

Carmen Carrera was born in Elmwood Park, New Jersey on April 13, 1985, and she is currently 35 years old. Her father’s and mother’s name is unknown.

There is no information about her siblings. Carmen holds American citizenship, but her ethnicity is unknown. Her birth sign is Aries.

Talking about Carmen’s education history, there is no information about her educational achievements.

Talking about her profession, she appeared on the reality television series ‘Drag Race,’ Carmen Carrera had begun performing as a showgirl. In the third season of the show ‘Drag Race’ (2011), she competed with 12 other drag queens for the title of “America’s Next Drag Superstar”, a headline spot on the Absolut Tour.

Over the course of the season, she became the second contestant in the history of the show to be recalled despite being eliminated earlier (the first was Shangela, a fellow contestant from the same season). In episode 10, she performed by lip-syncing to RuPaul’s ‘Superstar’.

Additionally, she probably took the biggest decision of her life right after her elimination and opted for gender reassignment. Throughout the gender reassignment process, she maintained an incredible level of openness and honesty. It was this attitude as well as her personality that made her an icon in the LGBTQ community.

Whereas, she was invited to be the drag professor in the second season of Drag Race’s spin-off show ‘Drag U’ (2011). She also appeared in two episodes, including ‘80s Ladies’ where she provided singer Stacy Q with a makeover.

In the year 2012, art imitated life when Carmen portrayed a transgender waitress on the receiving end of a homophobic rant from a customer (played by an actor) in ABC’s ‘Primetime: What Would You Do?’ Airing on May 4, 2012, the episode marked the occasion of her coming out to the public as a transgender.

During 2014, she became an outspoken critic of RuPaul’s use of the pejorative “she-male” on an episode of ‘Drag Race’.

In the year 2015, she starred as Karlie in several episodes of the soap opera ‘The Bold and The Beautiful. She then played a hairstylist in Jonathan Demme’s musical drama film ‘Ricki and the Flash.

Carmen has an estimated net worth of around $600k and she has earned that sum of money from her professional career. There is no much information about her income and salary.

Her hair color is blonde and her eyes color is brown.

Also get to know more about Kirk Norcross, Vicki Gunvalsons, and Bianca Beets.