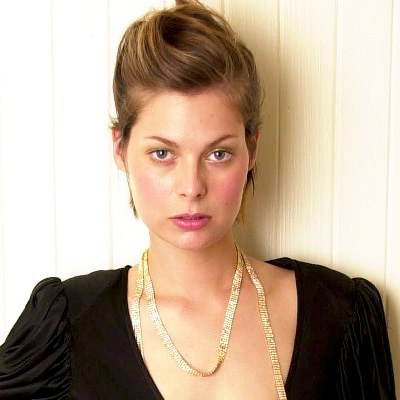 Carmen Llywelyn is currently in a relationship with an anonymous man. Till the date, she has not shared any details about her relationship.

However, they started the relationship back in 2003. One year after that, they completed their family with the twins. Currently, she resides in Atlanta with her family.

Previously, Carmen was married to the actor, Jason Lee. They married in July 1995 performed by the actor, Bodhi Elfman. Later, the ex-couple had a tragic end of their marriage that ended in divorce in 2001.

At the time, she mentioned that the Chruch of Scientology was a major reason behind their divorce.

Who is Carmen Llywelyn?

American Carmen Llywelyn is a former actress and photographer. She is renowned as Kim of Chasing Amy.

Carmen Llywelyn was born on the 16th of August 1973 in Atlanta, Georgia. She is of Welsh ethnicity.

Till the date, she has not shared any details about her family background including her mother, father, and siblings. Also, her educational background is behind the curtains.

In 1996, Carmen Llywelyn entered the movie industry with the comedy based movie, Drawing Flies. In the movie, she appeared as Cassidy. The following year she made her appearance in the Chasing Amy as Kim. Her performance in the movie was appreciated by critics and also has been nominated for MTV Movie Awards too.

The same year, she featured The Mod Squad as Alley Prostitute. Moving towards, she appeared the movies like Cowboys and Angels, Jay and Silent Bob Strike Back, and Free. After 2001, she parted her ways with the movie industry.

As of photographer, she displayed her work as an artist through her exhibition that held in Los Angeles in 2001. Actor Giovanni sponsored Ribisi the exhibition.

Through her career as an actress, she has an estimated net worth of $1 million. Her earnings as an actress range from $20k to $214k. As a photographer, her average earnings within a year are $23k to $100k.

Also, she makes through the profit of her own clothing line company, Llewelyn Clothing.

Talking about the net worth, her ex-husband, Jason Lee has an estimated net worth of $20 million. Also, his salary range per episode is around $125 thousand.

The former actress is extremely vocal about the Church of Scientology. Back in Back in 2015, she shared her experience with the church through an essay that she wrote for Gawker. The essay also mentioned that she lost her sense of identity in the name of the cult.

Also, via the essay, she claimed that she spent up to $50,000 in the name of books and courses during her time in the Chruch. Apart from that, she also accused the Church of Scientology of being a classist too.

Carmen Llywelyn has blue-eyed dark brown hair. She stands at a height of 5 feet 8 inches and weighs around 62 kg. Also, she wears shoes of size 8 (US).

Carmen is active on Twitter with the handle, @carmenllywelyn.

On the account, he has 1.8k followers and following the personalities like Jade Pinkett Smith, John McAfee, and David Roberts.