Carmine Giovinazzo is an American actor, writer, painter, and musician. He is known for CSI: NY. He was married in 2010 but divorced in 2013. 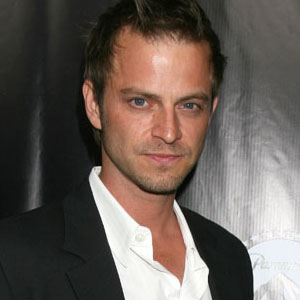 Tall and handsome Giovinazzo is a divorced man. After being in the relationship with actress Vanessa Marcil they finally got married on July 11, 2010.

They were unable to continue their marital relationship and Giovinazzo filed for divorce in August 2012 and finally got separated in March 2013.

Currently, Giovinazzo is single and is not having affair with anyone. It seems like he is sharpening his skills and mastery to pursue more dreams rather than being in a relationship and affair.

Who is Carmine Giovinazzo?

Carmine Giovinazzo is an American actor, writer, painter, and musician. He is extremely prominent for his role as Detective Danny Messer in CSI: NY.

He is a hardworking person and has made a respectable position in the different entertainment fields. Currently, he is a lead vocalist in the band Ceesau.

Giovinazz0 was born to Nancy and Dominick Giovinazzo on August 24, 1973, in the Port Richmond neighborhood of Staten Island, New York.

His nationality is American and belongs to mixed (Italian, English, Scottish) ethnicity.

He was a good basketball and attended Wagner College on a basketball scholarship. He also attended Port Richmond High School in 1991 and graduated from there. His dream was to become a successful basketball player, but couldn’t continue his basketball journey because of a serious back injury.

Pursuing his acting career, Carmine Giovinazzo moved to Los Angles and successfully got a role as the show’s first on-screen victim in a Hollywood movie titled “Buffy the Vampire Slayer”. Later on, she starred in a guest role in different films and T.V shows including “For Love of the Game”, “The Big Brass Ring”, and “Black Hawk Down”.

He successfully made a strong base in the entertainment field and started getting a different role in the small and big film. He was mainly popularized after working as forensic scientist Danny Messer on the hit TV series CSI: NY and became the first actor to appear in all three CSI series.

He hasn’t owned any awards so far in his life; however, he is working hard to make stand himself in the front line. His estimated net worth is $ 4 Million. But his salary is unknown.

Once, Giovinazzo became a topic of controversy when he was arrested by police officers for driving a vehicle getting drunk.

The offices said that Giovinazzo was polite during the investigation and released within a certain hour after signing a paper stating that he should come to court.

There are no other drastic rumors regarding Giovinazzo’s personal and professional life.

Carmine Giovinazzo’s height is 5 feet 10 inches. His weight is not known but he has a slender to average build. His hair is light brown while his eyes are hazel-colored.