Carol Alt is an American model and actress. Likely, she is one of the most successful supermodels of all time. 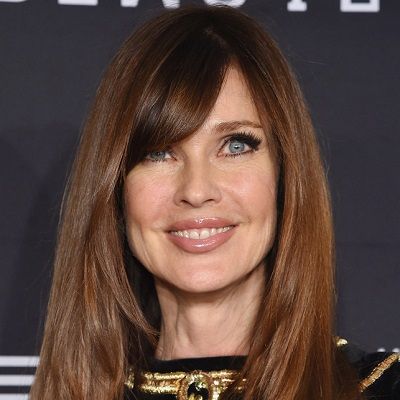 There was really no friendship in modeling, though a certain amount of warmth comes from running into models you know on shoots, because you end up in so many unfamiliar places, from Alaska to Africa.

My mom cooked pot roast with noodles and frozen vegetables. Or she'd make spaghetti or hot dogs, or heat up TV dinners. Before I started modeling at age 19, I was 5'8" and weighed 165 pounds.

I didn't think there was life after modeling, believe me. It's a hit to the ego when you are not the diva on the set any more. But I think what keeps me going are challenges. I love when people tell me I can't do something.

I run like an electric golf cart. Now I look at eating as a way to feed my body and keep me younger. It's not about starving your body, but treating your body like a Ferrari. You don't put in the crappiest gas you can find. You use supreme. In the long term, you'll run clean.

They divorced in 1996. Moreover, Alt is in a long-term relationship with former New York Islanders forward Alexei Yashin.

She and her boyfriend started to see each other in the year 1999.

Who is Carol Alt?

Carol Alt is an American model and actress. Likely, Carol Alt is one of the most successful supermodels of all time.

Also, she was first introduced to modeling when she was noticed waiting tables in her home town and she decided to model as a summer job.

She was born in Flushing, Queens, New York City, the United States on December 1, 1960. Her birth name is Carol Ann Alt, and she is currently 59 years old.

Talking about Carol’s education history, she joined The Wheatley School. Then, she attended Hofstra University.

Similarly, she was referred to as The Face by Life Magazine. Likewise, she was the face of ad campaigns for Diet Pepsi, General Motors, Cover Girl Cosmetics, Noxzema, Hanes, Givenchy, and numerous others. Eventually, she was the first model to produce her own posters and calendars.

Since the year 1986, she has appeared in a variety of films, many of which were Italian productions. Whereas, she played the character of Kelly LaRue in the TV series “Thunder in Paradise” in 1994. In the year 2004, she had a starring role in Snakehead Terror, a Canadian film.

She also played Karen Oldham in the television adaptation of Peter Benchley’s Amazon (1999). In fact, she also had a few minor television roles, including one episode of Wings, and a voice role in an episode of King of the Hill.

She took on a number of model/spokesman projects, including becoming a consultant with the Le Mirador skin-care line and appearing on late-night TV infomercials. Alt has written two books, promoting her own raw food diet plans. She was the cover girl for travel girl magazine (in 2004 and 2008).

Also, she appeared on the cover and in a nude pictorial in Playboy’s December 2008 issue. She placed #5 on askmen.com’s list of Top 10 Models of All Time. Moreover, she also starred in the Italian TV series Caterina e le sue figlie 2 and in the TV movie Piper; both were aired on Canale5 in 2007.

She has an estimated net worth of around $25 million and she has accumulated that sum of money from her professional career.

But her salary and other earnings are not available.

There was a rumor that Carol dated “SNL” great Joe Piscopo heated up again when he honored her with a Sinatra song at her Friars Club induction.

Her hair color is brown and her eyes color is blue. Furthermore, her dress size is unknown and her shoe size is 10 (US).

Also get to know more about Maitland Ward, Shandi Finnessey, and Amanda Righetti.