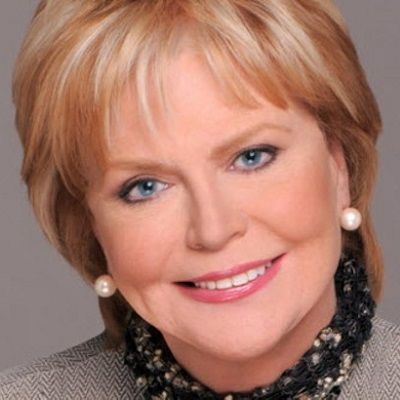 The relationship status of Carol Marin is happily married to Jonathan Utley since 1972.

Jonathan is an author and a World War II historian. Carol and Jonathan have a child Joshua Anthony Utley-Marin. They live in Chicago, Illinois.

Who is Carol Marin?

Carol Marin is an American television and print journalist in Chicago, Illinois. Carol Marin is also a political columnist for the Chicago Sun-Times and an interviewer on WTTW’s Chicago Tonight.

Carol Marin was born on October 10, 1948, United States. She belongs to the Caucasian heritage. Moreover, her Zodiac sign is Libra.

Marin completed her schooling from Palatine High school, Palatine, Illinois. In addition, she graduated with her Bachelor’s degree from the University of Illinois, Urbana, Illinois.

In 1972, Carol began her journalism career at WBIR-TV in Knoxville, Tennessee. She worked as a reporter, anchor, and assistant news director.

In 1978, Marin was hired by the NBC owned station, WMAQ-TV, in Chicago. She worked there for almost two decades.

On May 1, 1997, Marin resigned from her position as a news anchor. Two months later, she was hired by CBS News where she reported for the CBS News programs.

In 2002, Marin left CBS to form an independent documentary company, Marin Corp Productions. She along with her crews produced programs for CNN, The New York Times, and Discovery Channel.

In 2004, Carol returned to WMAQ-TV in Chicago, Illinois, as the station’s political editor.

In 2006, she also signed as a contributor to Chicago Tonight on WTTW which is a public broadcasting station in Chicago, Illinois.

Marin earns a salary of $62k USD annually as a political columnist. Her net worth is approximately $2.5 m US.

Marin is blonde with blue eyes.

You may also like to read about Joe O’Brien, Anne Thompson, Kimberley Strassel.