Carol McGiffin is a British TV host who works in radio and television. She is famous for her appearance on the daytime talk show Loose Women and Daily Cooks Challenge.

The 58-years-old British broadcaster, Carol McGiffin was previously married to presenter Chris Evans. They got married  17th September 1991 and separated in 1993. Later in 1998, they got divorced.

After 10 years of separation, in 2008, she got engaged to Mark Cassidy in 2008. Since their relationship began, they have maintained a perfect relationship with them. Apart from him, she has never been spotted with any man to date. Currently, Carol and Mark are enjoying their love life and living elegantly. 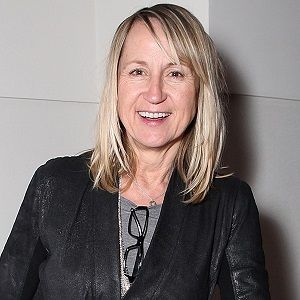 Who is Carol McGiffin?

Carol McGiffin is a British TV host who works in radio and television. She is famous for her appearance on daytime talk show Loose Women and Daily Cooks Challenge. She has been working as a presenter on Talk Radio UK since 1995.

Additionally, she has also appeared on the twelfth series of Celebrity Big Brother.

Carol was born on February 18, 1960, in Maidstone, Kent, England, UK. She is the daughter of John McGiffin and Heather Barham.

Furthermore, she has two sisters Tracey McGiffin, Kim McGiffin and one brother Mark McGiffin. Talking about her nationality, she is British and her ethnicity is unknown.

Carol began her career as co-host of the Chris Evans shows on GLR in 1988. Back in 1995, she was a founding member of the Talk Radio UK team.

Furthermore, she co-presented the popular weekday evening show The Rude Awakening along with Moz Dee. Moreover, she again appeared on Liberty Radio on which he co-hosts the breakfast show with Richard Skinner.

She rose to prominence for her appearance on daytime talk show Loose Women and Daily Cooks Challenge. In addition, she has been working as a presenter on Talk Radio UK since 1995.

Besides this, she has also featured on the twelfth series of Celebrity Big Brother. In July 2006, she was the southern presenter of the Local Radio Company’s night-time talk show North-South Divided.

Carol has also appeared in a couple of other shows including The Paul O’Grady Show, Ant and Dec’s Saturday Night Takeaway, and Tonight with Trevor McDonald.

Being a famous broadcaster, she pockets a handsome amount of money from her profession. Currently, she has a net worth of $9 million.

As she has full focus on her work, Carol has never been involved in any controversial stuff.

Carol has a height of 5 feet 9 inches and her weight is unknown. Moreover, she has a pair of beautiful hazel eyes and blonde hair. Apart from that, there is not any information regarding her other body measurements.