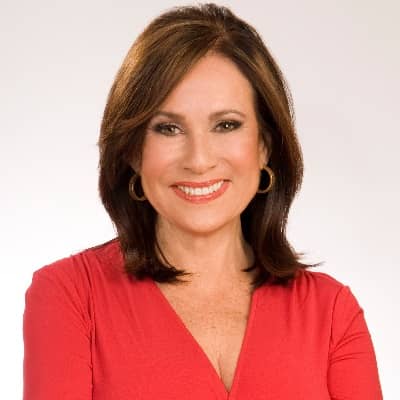 Carol Silva is married to her husband for over 30 years!

Talking about her relationship status, Carol Silva is a married woman.

She is married to Bob Reilly. The couple shared the wedding vows on September 14, 1991. They have already celebrated 28 years of togetherness and still going romantic together.

The couple has three children together; a daughter and two sons. Their daughter, Connor is 25 years old and their son Jason is 23 years old. The youngest one is Shane Reily.

Who is Carol Silva?

She has worked as a Morning and Midday Edition anchor at News 12 Long Island, America’s first 24-hour regional news network.

Silva was born on August 12, 1954, in Hicksville, New York, United States of America. While talking about her family, her father was an army and her mother’s identity is not known.

Carol grew up with her two siblings. Though their names are unknown. She is of American nationality while her ethnicity is Mexican-American.

Regarding academics, she is a graduate of Holy Trinity High School. She then attended Nassau Community College. Silva even joined the University of Dayton and New York Institue of Technology for her higher education.

Studying in her college, Silva gets an invitation for her first job at WBAB in Babylon. Later she finishes her graduation from the New York Institute of technology.

Carol was diagnosed with stage 4 lung cancer and the tumors had spread to her brain. Though she was back to the anchor work area two months after she reported that she had been diagnosed with cancer.

Uploading a video on her Facebook page, she expressed that she is happy and her doctor at Northwell told her she is making amazing progress.

Carol Silva’s career began during her college time when she started anchoring in news channels and radio.

Later, she started working at News 12 Long Island and was a field reporter for the first four months. Then, she remained in the anchor seat and worked gaining tremendous appreciation from the audience and people.

After working for about a week as a field reporter for News 12 Long Island, Silva started working as an anchor and since then she has been working for the same post.

Since Silva has worked for News 12 Long Island, she has achieved various awards for her work too.

She has also been titled as a “Women Of Distinction” by the New York Senate, moreover, Silva was named of “The Top 50 Women on Long Island” and was respected by The Long Island Congressional Delegation.

Additionally, Carol Silva has also been named the member of the year award from Long Island and was awarded Long Island Hispanic of the year by Suffolk County Police Department.

She has achieved three Emmy Awards in excess of 30 New York State Associated Press Awards, the Long Island Coalition for Fair Broadcasting award, and Regional Cable Ace. during her career.

The Girl Scouts of America regarded Silva with its most noteworthy honor given to a grown-up, the “Juliette Low Award,” for her charitable effort.

Carol retired on December 20, 2019, officially after working for more than three decades. She updated the retirement on her Facebook page.

Silva also has a big party for her last day at the News 12 station.

Considering her career and income source, we can surely assume that she has a net worth of around $1 million as of 2022

Carol Silva seems to have average height and weight and its exact measurement are unknown. She has brown to blonde colored hair with a beautiful pair of hazel-colored eyes.

Top 5 TV personality of America, Career of them is something which you will surely want to read