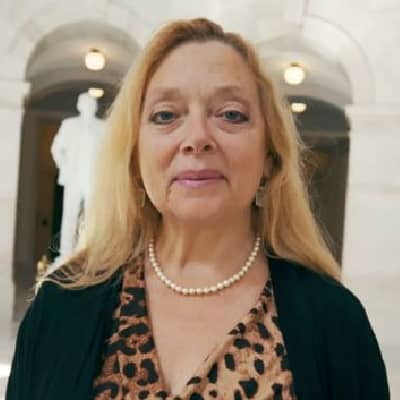 Hey all you cool cats and kittens. It is a ticking time bomb if somebody thinks they're going to walk in here and take my animals away. It's gonna be a small Waco.

Carole Baskin was married thrice throughout her life. Currently, she is married to her third husband, Howard Baskin. Howard is a management consultant with whom Carole met in 2002.

They began dating and after 2 years, they got married in a beach ceremony and honeymooned in the Virgin Islands.

She was first married to Mike Murdock. She met him when she ran away from home at 15. They married and also and has a daughter named Jamie Veronica Murdock. However, Mike was reportedly abusive to her and so Carole escaped from the place in 19-year-old.

Then she met a man Bob Martin while spending the night platonically at a motel. Later he was identified as Jack Donald Lewis, a self-made millionaire, and an animal lover. Lewis divorced his first wife when he met Carole.

They got married in 1991 and moved to Tampa, Florida. Mysteriously. Lewis was 42 while Baskin was at her 20 at the time of their marriage. Later, Lewis disappeared in August 1997 and was never found declaring him to be dead in 2002.

Baskin was hugely suspected for his death as two months before his disappearance, Lewis had filed for a restraining order against Baskin, saying she had a firearm and threatened to kill him, but it was rejected. After Lewis wasn’t found, she inherited all his properties.

Who is Carole Baskin?

Carole Baskin is an American businesswoman popularly known to be an animal rights activist and zookeeper. She is the founder and chief executive officer of “Big Cat Rescue“.

Carole Baskin was born as Carole Stairs on June 6, 1961, in San Antonio, United States. She holds an American nationality and is of English ethnicity.

She was born in a very poor family. Her father’s name is Vernon Charles Stair and likely, her mother’s name is Mary Barbara Jean Norris Stairs. She was a single child of her parents.

She was grown in a poor family. Despite their poverty, her family supported her to pursue whatever she wants. But in 15 years old, she ran away from them and started to live all alone. She spent nights under the cars and without food after leaving her house.

There is no information regarding her educational background as of now.

Carole Baskin is the chief executive officer of Big Cat Rescue, an animal sanctuary near Tampa, Florida for big cats that her deceased former husband, Jack Donald Lewis founded in 1992. She started her career as a zoo-keeper following her marriage with a millionaire, Lewis, who was an animal lover.

They both started a zoo named “Big Cat Rescue” in Tampa, Florida. The zoo homes thousands of animals including cheetah, caracal, puma, lions, and tigers. Due to the 2020 global pandemic of COVID 19, her zoo is temporarily closed to the public.

In 2020, Carole was featured in the crime documentary series, “Tiger King: Murder, Mayhem, and Madness“. This documentary tries to put light on the events that happened between Baskin and Joe Exotic, a G.W. zoo owner who tried to kill her by hiring a hitman,(later turned out to be a secret FBI agent) is scented for 22 years in prison.

She also appeared in the series “the big cat version of Blackfish”.

Being an animal activist and CEO of the ‘Big Cat Rescue” zoo, she managed to have a mass net worth of around $20 million.

After Lewis died, Baskin is the one who enjoys all oh his million-dollar property. Lewis’ business affairs and holdings were estimated at over $5 million.

Baskin received a temporary court order to use $152,000 from the real estate operations to run Big Cat Rescue.

Till the date, she has not been in any sort of rumors and controversies.

Carole Baskin is a beautiful lady standing with a height of 5 ft 4 inches and weighs 56 kg.

She has a fair complexion with blonde colored hair and blue colored eyes. Moreover, Carole has an average body physique of measurement 34-30-36 inches.

She is active on social media platforms with over 21.1K followers on Instagram and 98K following on her Facebook page.

Furthermore, She has her own entitled YouTube channel with around 13.2K subscribers.

Also, get to know about Allaroundaudrey, James Stunt, Doug Christie, and Brock Holt.