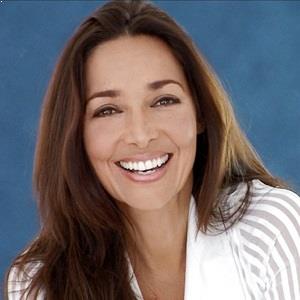 Carole Davis was previously married to Stewart Eisenberg. The marriage lasted from 1989 to 2004. Furthermore, she also married Robert Saland in Dec 2004.

Currently, she is a married woman. She is married to producer and writer Kevin Rooney. There are no further details regarding the marriage. She has a daughter named Lauren Silverman.

Who is Carole Davis?

Carole Davis is an actress, singer/songwriter, and writer. She signed to Warner Brother records in 1989. Additionally, she is the West Coast Director of the Companion Animal Protection Society, a national non-profit organization that investigates puppy mills and pet stores.

Davis was born in  London, United Kingdom on February 17, 1958, to a French mother and American father. Throughout her childhood years, she grew up in England, Scotland, France, Italy, and Thailand and eventually moved to New York City as a teenager. A career in music and acting was the dream of Davis growing up. She is of American and British nationality. Furthermore, she belongs to a mixed ethnic background of French and American.

Talking about her education, Davis attended the City University of New York and majored in Chinese studies and political science. In addition, after university, she attended the two-year program at the Lee Strasberg Theatre and Film Institute.

Davis signed with  Warner Bros. Records in 1989 as a singer/songwriter and recording artist. Nile Rodgers produced her record ‘Heart of Gold’ and her single ‘Serious Money became a Dance hit and the video was number one. In addition, it became the official theme song to a new hip-hop music video show called ‘Rap City’ on BET. Furthermore, she made a publishing deal, signing with MCA and she was signed to Sony France for Europe.

Apart from her musical career, Davis is also a successful actress. Her first feature film was in the 1981 horror film ‘Piranha II: The Spawning’. Similarly, she appeared in the 1984 comedy film ‘The Flamingo Kid’. Arguably her most important role came in 1987 as Roxie Shield in the cult comedy film ‘Mannequin’. She has also been part of several TV shows including ‘The A-Team’, ‘Angel’, ‘Sex & The City’ and ‘Star Trek: Voyager’. All in all, she has more than 30 credits as an actress.

Davis is also a writer. She wrote a series of articles on anti-Semitism in Europe for the Jewish Journal. Additionally, she is the author of ‘The Diary of Jinky, Dog of a Hollywood Wife’. Furthermore, she is also an investigative journalist for American Dog Magazine. She has won the Penthouse Pet of the Month award for her work.

Davis has not revealed her current salary. In addition, there is no detailed information relating to her net worth at present.

Carole’s article regarding Diabetes attracted numerous controversies. People did not like how she had commented regarding the disease. Currently, there are no rumors concerning Carole and her career.

Talking about her body measurement, Carole has a height of 1.62 m. Additionally, her hair color and eye color is dark brown.