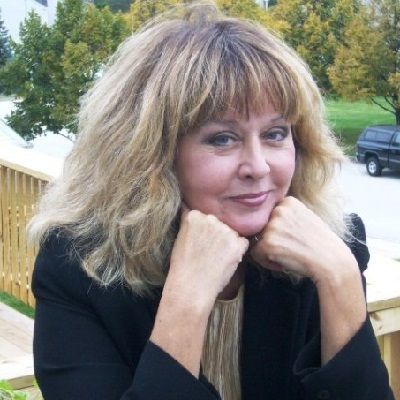 In 1968, Carole Mallory married the artist Ronald Mallory, whose kinetic mercury sculptures are famously put on display in the Whitney Museum, M.O.M.A., and some other museums. Unfortunately, in 1971, the Mallorys divorced.

Later, on the night of Pablo Picasso’s death on April 8, 1973, Claude Picasso proposed her to be his wife and she agreed. They got engaged. However, their love affair ended in 1980. In 2000, Mallory again married, after her mother’s death.

Who is Carole Mallory?

Carole Mallory is an American author, actress, model, teacher, and critic. She is famous for appearing in the movies Looking for Mr. Goodbar and The Stepford Wives. She was a long-time friend of writer Norman Mailer and she kept notes and her writings with his edits, selling them to Harvard University in 2008, after his unfortunate death.

Carole Mallory was born on January 1, 1942, in Havertown, Pennsylvania, USA. According to her birth year, she is currently 78 years old. She has not revealed anything about her family. We do not know the identity of her parents or siblings. Similarly, her ethnicity is unknown, too. However, we do know that she is American.

Mallory won an art scholarship to Pennsylvania State University. Additionally, she graduated from there with a Bachelor of Science degree in Art Education. Similarly, she attended Temple University’s Tyler School of Art for her Master’s.

Similarly, she starred famously as Madge in the play Picnic, and as Tiffany in Mary, Mary at the Bucks County Playhouse in New Hope, Pennsylvania. During the early 1970s, she studied alongside Wyn Handman, the director of American Place Theatre, in New York. Similarly, after she moved to Hollywood, she studied with Harvey Lembeck in his Comedy Improvisation Workshop.

Mallory wrote the 1988 novel Flash which was about a female alcoholic surviving Hollywood. Furthermore, in 2010, she published a memoir named Loving Mailer. Her famous writings include Vidal vs. Mailer, My Friendship with Kurt Vonnegut and Joseph Heller, etc. Moreover, she has taught at Rosemont College, Cheltenham Adult School, and Widener University and worked as a book reviewer for The Philadelphia Inquirer.

In 1983, she went on to study writing at UCLA, NYU, and Columbia University. After her companion Mailer’s death, she sold seven boxes of documents and photographs to Harvard University, containing extracts of her letters, books, and journals.

Carole has done some amazing jobs. Unfortunately, she has not won any awards or nominations so far.

Based on some online sources, Carole Mallory has an estimated net worth of $4 Million. However, her annual salary is still under review.

Mallory was involved in some controversy in her career. Her commercial for Faberge’s “Tigress” campaign named “Are You Wild Enough to Wear It?” was banned as too rude for one of the networks because her revealing bathing suit with its spider web effect did not have support. As she ran towards the camera while performing a striptease, her breasts jiggled noticeably. In the early seventies ‘jiggling breasts’ were forbidden on television.

Carole Mallory has a height of 5 feet 6 inches. However, there is no information regarding her weight and other body measurements. She has brown hair and hazel-colored eyes.

You may also like to read about the bio, career, age, body measurements, social media of Anne Thompson, Amber Theoharis, Sarah McDaniel.