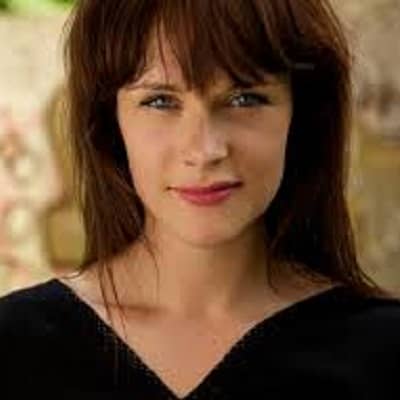 She hasn’t revealed her past relationship and affairs to the media.

She has kept her personal life secret from others so there is no information about Carolina’s boyfriends.

Who is Carolina Bartczak?

Bartczak was born on 5 October 1985 in Gehrden, Germany, and is currently 36 years old. She holds citizenship between Canada and Poland. She is of Caucasian ethnicity.

She was born in Germany after her parents fled Poland’s martial rule. Her family finally migrated to Canada, where she grew up in Kitchener, Ontario. Carolina hasn’t said her parents’ name to the media.

Carolina earned a bachelor’s degree in biochemistry from the University of Toronto and worked as a travel writer/photographer in southern Croatia. In 2009, she began acting and entered the Neighborhood Playhouse School of the Theatre in New York City.

Her first role was to give her voice in the cartoon named The Mysteries of Alfred Hedgehog. Her well-known character was playing Magda Lehnsherr the wife of Erik Lensherr in the Marvel comic series X-Men.

She has participated in many films like Moonfall, Most Dangerous Game, Hall, Carter, White lie, The Bold Type, Far Cry 5, X-Men: Apocalypse, Gray Area, The Secret Life OF Marilyn Monroe, Mayday, and many more.

Carolina has attended several special events, but there is no record of her getting any honors. She might share her accomplishment with the media in the future.

She is one of the actresses who live a luxurious lifestyle and her source of income comes from her profession. Carolina’s income or salary is between $80k to $85k and her entire net worth is $6 million.

Bartczak has not been in any controversies and scandals as she has kept her profession and personal life private.

She weighs 70 kg whereas she stands 6 feet tall and generally wears a shoe size of 8 UK. . She hasn’t shared her body measurement like hips, waist, and bust sizes. Carolina has Black beautiful hair and blue pairs of eyes.