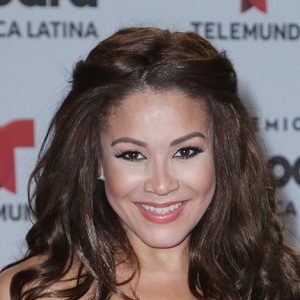 Carolina Sandoval is a married woman. She exchanged vows with Nick Hernandez in April 2015.

Who is Carolina Sandoval?

She has gained her American nationality in the year 2011.

She was born as Carolina Sandoval Guzman on November 24, 1973, in Venezuela. His ethnicity is Venezuelan.

She got her bachelor’s degree in Mass Communication. She attended the Central University of Venezuela and theater at the University Institute of Theater.

She was then moved to Los Angeles and earned a one-year Filmmaking Certificate at the New York Film Academy.

Carolina Sandoval started her career when she got a chance to appear in Venezuelan soap opera Amor Mio [My Love] on the Venevisión network. She also worked at The National and The Caracas Globe and was a correspondent for RCTV.

In 2001, she moved to Miami where she got a chance to first appear on American television on the entertainment show El Gordo y la Flaca. By the end of 2002, she was a part of  TVyNovelas and Tvnotas magazines in the U.S. She has also worked on a Radio Unica entertainment program.

By slow progress in her career, she was able to host and collaborator of Infraganti, an entertainment which was shown on the CaribeVisión network with Graciela Mori and Orlando Segura.

She was also to be part of a radio segment, “Secondary Effects” in the year 2009.

The estimated net worth of this TV presenter and journalist is around $1 million.

Talking about the rumors and controversy of this talented actress Carolina Sandoval currently, there are no desperate rumors regarding her personal and professional life.

Her Body Measurements are 37-25-36 in chest size, waist size, and Hip size. Her hair color and eye color is black.