Caroline Ducrocq is an Award-winning actress and script consultant.

Caroline Ducrocq is a married woman. Her husband is the veteran actor, Howard Hesseman. They started dating at the beginning of 1989.

After dating for a very short time interval, they got married on the 22nd of July 1989 at a private ceremony.

As of now, the couple leading a happy married life. 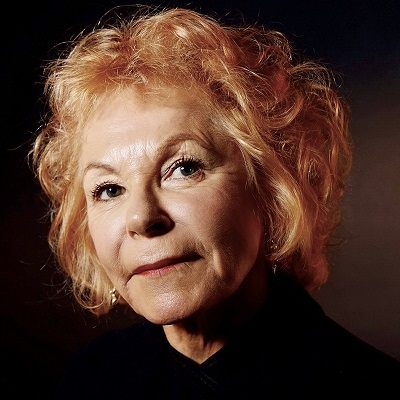 Who is Caroline Ducrocq?

Caroline Ducrocq is a Henry Rollan Award-winning actress and script consultant. She is renowned as the acting coach of the actors like Val Kilmer, Morris Chestnut, and Djimon Hounsou.

Last, in 2007, she appeared in the short, Premonition as Rose.

Caroline Ducrocq was born in the capital of France, Paris. She is of British-Irish ethnicity with French roots.

To date, she has not shared any details on her family background regarding her birthdate, mother, father, and siblings.

Talking about education, she is a student of philosophy and has earned a bachelor’s degree in Philosophy majored in Latin and Greek.

However, her hunger for acting led her to the New York University School of Arts in 1971. She graduated from the University with honors in BFA. Prior to that, she also attended the acting school, HB Studio.

After graduating from the School of Arts, Caroline Ducrocq founded a theatre company in NYC along with the directors like Kristin Linklater, Joe, and Peter Kass. The company was dedicated to theater works. Mostly, to the works of Shakespeare and Beckett.

Later, in 1978, she joined the NYU School of Arts as a full-time teacher. She happens to be the first-born French faculty member. Till 1981, she worked for the school.

During the time interval, she was active in the theater as an actress. In 1980, she co-directed the play, The Tempest and Richard III in the theatre of Ottawa.

In 1981, she moved to Los Angeles where she mostly focused on direction and production works. Some of her theater production includes Family Snapshot, Scratch, and The Misanthrope.

For them, she received six nominations in the NAACP Annual theatre Awards under various categories for her plays. Among them, she won the five including Best Supporting Actress and Best Costumes.

At the same time, she has also featured movies like Sweet Lies and The Facts of Life Goes to Paris. Moving forwards, she continued to serve as an acting coach and script consultant.

As an acting coach, she has guided actors like Val Kilmer, Tyrese Gibson, Lynn Whitfield, and Morris Chestnut.

Also, she was associated with SCENT PRODUCTIONS as a script consultant. Later, she got involved in NYU Film School, SUNY Purchase University, and NYU TISCH Flim School as an acting teacher.

Apart from that, she also earns through her production and direction works too. Also, she makes as a script consultant too.

As of now, she has managed to maintain her divinity as an acting personality. To date, she has not been involved in any sort of controversy and rumors that created a buzz in the media.

Similarly, she has stayed far from any type of rumors too.

Caroline Ducrocq is a blue-eyed brunette. She stands at a height of 5 feet 1 inch and has an average weight.