Caroline is in a relationship with Freddy Carter. Freddy is also a British actor.

They met each other in the sets of the Netflix series Free Rein. And they started dating in 2017 the same time when Free Rein was released.

It has been more than three years that they are together. They often post various photos together on their social media account. 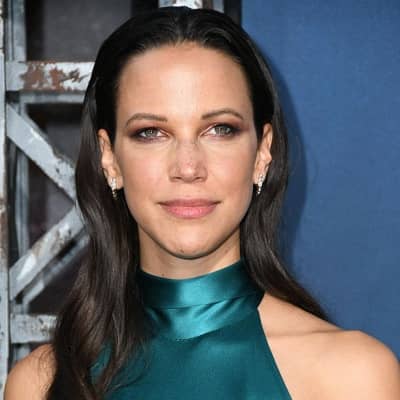 Who is Caroline Ford?

Caroline Ford is an English actress. She is popular for playing Sam Myers on “Free Rein.”

Caroline was born on 13 May 1988. She grew up in Chorleywood, Hertfordshire, England.

Her parent’s names are not disclosed. Likely it is also unknown whether she has any siblings or not.

Caroline is of mixed descent: Trinidadian, Scottish, and Chinese heritage from her mother’s side and English from her father.

Caroline attended the Carol Kristian Theatre School. Then she studied at St Andrews University, Scotland, and gain a Masters’s in History of Art.

Furthermore, she also attended The Royal Academy of Dramatic Art.

Caroline started her career by modeling. She was signed up to the Stolen modeling agency in Edinburgh.

The actress debuted in acting in the BBC medical drama Casualty in 2010. The following year, she gets the chance to appear in several short films including Fair Belles and The Crypt.

She has also worked for some independent films, such as  Lake Placid: The Final Chapter,  Still, and The Callback Queen.

In 2014, her career breakthrough was playing Peshet on Fox’s Hieroglyph, an action-adventure drama series. The same year, she appeared in Sleepy Hollow’s second series as Lilith and also as Spindle in The Curiosity.

Caroline has also worked for the 2015 film Anti-Social as Rochelle. She appeared alongside Meghan Markle in the movie.

Her role as Sam in the 2017 Netflix children’s TV series Free Rein was appreciated by all audiences. After that, she lands the role of Sophie Longerbane in the Prime series Carnival Row.

She was seen shooting the Prime series Carnival Row‘s second season which was halted during the COVID19 Pandemic.

The actress has amassed a net worth of around $2 million from her acting career.

The average salary for newcomers in the acting field is around £35,000. And so Caroline also must have good earnings from her career.

Caroline maintains a low-profile life and doesn’t share her matters with the media. And so it’s the reason she hasn’t faced any rumors and controversies.

Similarly, she has a beautiful face with dark brown hair and hazel-colored eyes.

9 e-commerce companies who provide the best service to customers