Updated On January 23, 2023 | Published By: Paristha Acharya
Share this
Married 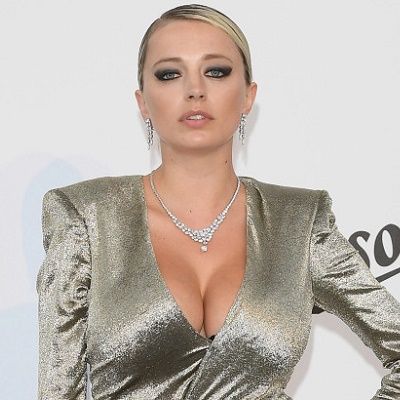 Caroline Vreeland and Nicolas Rico are the new parents of a baby boy!

The two tied the knot on December 7, 2020, in the penthouse of the Ludlow Hotel on the Lower East side of Manhattan.

Previously, she was in a relationship with restaurateur Jason Odio. They started to date in 2015 and ended in 2018.

Likely, she was also in a relationship with a photographer Tasya Van Ree in the year 2016.

Who is Caroline Vreeland?

Caroline Vreeland is a German-American singer, actress, columnist, and model.

She is best known as a family member of Vogue Legend Diana.

This actress was born on September 26, 1987, in Washington D.C with the birth name Caroline Olivia Zickerick.

Her father is a diplomat and the German Ambassador to Jamaica.

Later, her father had an affair and they got divorced. She moved in with her grandparents in the San Francisco Bay Arena with her mother.

She is the granddaughter of iconic fashion editor Late Diana Vreeland.

This columnist graduated from high school and moved to L. A to pursue a music career. She has a sister, Alexandra. She is of German descent.

Earlier, Caroline Vreeland worked as a waitress and bartender in Los Angeles.

She filmed a reality TV show pilot episode at the age of twenty-two.

Caroline was a Contestant on American Idol Season 12 but was dismissed from the show after it was revealed she had worked with Ryan Seacrest.

She began making music full-time after the boutique music label ‘Bless and See‘ signed her in 2004.

The next year, Vreeland began working on her EP and released a single ‘Unbreakable Love’, ‘Like a Woman Like a Drunked like an Animal’, which was her six-song EP which was produced on her own and released in 2018.

The same year, She began working on her second musical project ‘Please Feel’.

In 2019, she performed at the 21st amfAR New York City Gala which raises money for AIDS research.

She did her first modeling job in an editorial spread for Vogue Italia after ‘Next Models’ signed her.

Caroline began working as a writer at CR Fashion Book with her own Column, Going to Bed with Caroline Vreeland.

She walked the runway at Milan Fashion Week in 2019. Harper’s Bazaar Russia featured this model on its Cover in 2016 June.

Earlier, in 2007, She made her acting debut in the thriller film ‘ Children of Moloch’.

In 2020, this singer released her first full album ‘Notes on Sex and Wine‘.

The average salary of this model is estimated to be $60,000.

Meanwhile, according to some sources, its estimated net worth of Caroline in 2023 is $1 million.

She was rumored of having a romantic relationship with an Australian model Jordan Barrett.

There was her painting on the cover where she was covering her nipple with two fingers.

Likely, She has blonde hair and blue eyes.

Likely, she has her own YouTube channel with around 2 K subscribers.