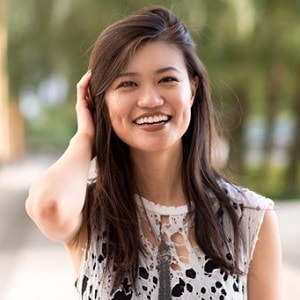 What is the relationship of Caroline Zhang?

Caroline Zhang is a married woman. She was engaged to fellow skater Grant Hochstein in April 2016.

Who is Caroline Zhang?

She was born on May 20, 1993, in Boston, Massachusetts. Her birth name is Caroline Zhao Zhang. Her parents are originally from Wuhan, China.

She has a sister named Yang Yang, born in China. Her main language is English and Mandarin.

Her family shifted to California when she was young. Caroline learned skating at the age of five. She is proficient at the piano and she used to be a concertmaster in her middle school’s orchestra on violin and was a ballet dancer before she made her career skating.

She holds American citizenship and her ethnicity is Asian.

She studied from Cerritos College in California. Apart from that, she has not mentioned the history of her education.

In the 2003-2004 season, Caroline Zhang started skating on the juvenile level, which is considered to be the lowest qualifying level in the US. She qualified for the 2003 U.S. Junior Championships by winning the silver medal at her regional championship.

She debuted on the international stage in the 2006-2007 season where she competed on the 2006-2007 Junior Grand Prix and won her first event in Mexico by a record of 53 points. She won the second event by 33 points and final by 20.

Caroline promoted to senior level for the season 2007-2008, both nationally and internationally. She debuted Grand Prix of Figure Skating at the 2007 Skate America and won the bronze medal. She went to China for the 2007 Cup of China and won the silver award. Caroline debuted her senior national debut at the 2008 U.S. Championships and won the pewter medal.

She competed for the second consecutive season on the Grand Prix in the 2008-2009 season and placed third with 53.28 points in the first event at the 2008 Skate Canadian International. She announced a coaching change to Charlene Wong on June 15, 2009, and returned to Li in August 2009.

Caroline was placed 11th position in the 2010 U.S. Championships with 49.94 points and was assigned to compete at the 2010 Four Continents. She was placed in the third position in the free skate and won the bronze medal overall with 160.78 points. She again announced a coaching change to Tammy Gambill on July 20, 2010.

Caroline competed at the 2012 Four Continents Championships and placed fourth in the short program with 58.74 points and with a score of 117.44 points in the long program. She won her second bronze medal with a total score of 176.18 points.

She became 3rd at the Southwest Pacific Regionals and became 4th at the Pacific Coast Sectionals and she became qualified her to compete at the 2015 U.S. Figure Skating Championships and finished 17th  with a total score of 144.

Her mother named her spin position as the Pearl spin after she performed a cross between a catch-foot layback spin and a Biellman spin.

Caroline also won a Gold medal for Ladies’ singles in 2006-2007 Sofia in Junior Grand Prix Final and won the gold medal for her team in 2009 Tokyo in World Team Trophy.

She has not mentioned any relevant data about her salary and income. As of 2022, she has an estimated net worth of $1 million.

There was a rumor that her mother was not happy with Caroline’s coaching situation and she wanted her to leave Oppegard.

Caroline Zhang has a height of 5 ft. 3 inches. She has dark brown eyes and light brown hair. There is no information available about her weight, dress size, shoe size, etc.

To know more about Julius Honka, Nastia Liukin, and Mikko Rantanen, please click on the link.