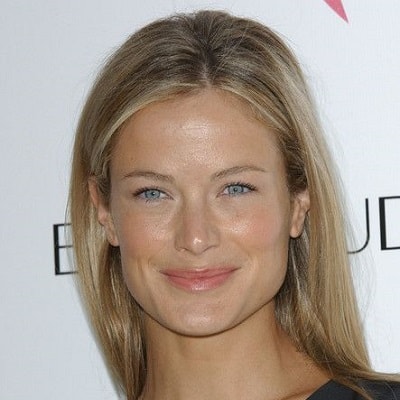 My favorite hotel is the Villa Alilla in Bali. The setting is pure bliss, overlooking the ocean of Uluwhatu

the eye line makes you feel as if you're floating on top of the ocean.

It was easy to run around barefoot in oblivion in Costa Rica. But once I gave birth to my child, I didn't want to be oblivious to the obvious.

There's always competition out there. That's what makes life exciting.

Carolyn Murphy is currently single. Previously, she was married to Jack Schroeder in 1999. They met for the first time on vacation. The couple welcomed a daughter named Dylan Blue Schroeder on December 28, 2000. The three posed for Vogue.

But, the couple divorced in 2002. After that, she dated rockstar Brandon Boyd in 2002 but their relationship lasted for about four years and they separated in 2006.

Then, she was in a relationship with Lincoln Pilcher who is a model, photographer, and a restaurateur. The pair began dating in 2013 but later separated in 2016.

Who is Carolyn Murphy?

Carolyn Murphy is an American model and actress who is best known for being the VH1/Vogue’s Model of the Year. In addition, she is best known for having played Dubbie in Barry Levinson’s film ‘Liberty Heights’.

She was born on August 11, 1974, in Panama City, Florida, USA. Murphy is currently 44 years old. She has not disclosed any information regarding her parents, siblings, and childhood.

Carolyn holds American citizenship but her ethnicity is unknown.

She attended St. Mary’s Catholic School and then she attended Choctawhatchee High School and graduated from there in 1991. Later she joined the University of Virginia and studied only for a year.

She was named VH1/Vogue’s Model of the Year in 1998. Later, she appeared as Debbie in Barry Levinson’s film ‘Liberty Heights’.

Carolyn Murphy has become one of the “Modern Muses” on the November 1999 millennium cover of American Vogue and was chosen to represent Calvin Klein’s perfume ‘Contradiction’.

In addition, she got featured on the cover of the Sports Illustrated Swimsuit Issue’ in 20005 and 2006. In July 2012, she replaced Angela Lindvall as host of ‘Project Runway All Stars’ on Lifetime.

It seems Carolyn has not been awarded and nominated for her work till date. Hope, she will win in the future.

The talented personality must have accumulated a huge sum of money from her career however, she has not disclosed her exact net worth. But some sources have estimated her net worth at $20 million. Also, according to Forbes, she was listed ninth top-earning models to have earned $3.5 million per year in 2012.

This model is associated with several huge brands like Vogue, Calvin Klein, Versace, Tiffany & Co, and many more.

Her ex-husband, Jake tried to sell a sex tape in January 2006 which was made during their honeymoon in 1999 in Barbados. He was later arrested and charged with extortion for trying to sell the tape and he pled guilty to grand theft and the extortion charges were dropped. But, the video was leaked onto the internet in April 2006.