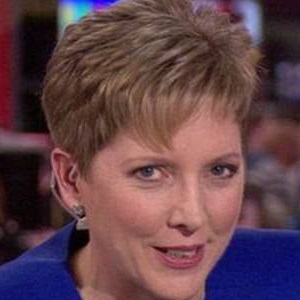 Carrie Gracie is currently divorced. Jin, her ex-husband is a Chinese rock drummer. There are no details available regarding the pair’s marriage. Carrie has two children with Chinese rock musician. The children both spent a term in a Chinese school.

Who is Carrie Gracie?

Carrie Gracie is a Scottish journalist. Currently, she is employed by the BBC and previously was the China editor for BBC News. She joined the BBC World Service in 1987 as a trainee producer.

Gracie was born in Bahrain in 1962. He father was a Scottish oil executive. She became interested in the world of journalism since her childhood years. She is of Scottish nationality. Furthermore, there is no detailed information about her ethnic background at present.

Talking about her education, Gracie studied at the University of Edinburgh, before leaving to run her own restaurant for a year. She then graduated from the University of Oxford with a degree in Philosophy, Politics, and Economics. Additionally, she completed a BA in Chinese in 1996 at the University of Westminster, followed by an MA in Design for Interactive Media from Middlesex University.

Carrie Gracie initially became a correspondent as well as on assignment including African, Chinese and Asia-Pacific regions on BBC World Service. Later, she became a correspondent for BBC World Service and then for domestic radio and television in Beijing in 1991. After moving back to the UK in 1999, she was the main morning presenter for the BBC News Channel on Tuesdays – Fridays alongside Simon McCoy from January 2008 for six years.

Gracie has covered some of the important events and news including the death of Deng Xiaoping and the handover of Hong Kong in 1997. Additionally, she also took part in the BBC’s coverage of the 2008 Summer Olympics in Beijing, as a co-commentator during the opening and closing ceremonies. In addition, she also appeared in the ‘This World’ program. She has also acted as guest presenter of the BBC Radio 4 Today program in December 2017 and January 2018.

Gracie resigned from her post of China editor for BBC News at the end of December 2017/beginning of January 2018, citing what she said was pay discrimination over gender for the BBC’s international editors. Later, she returned to her former post in the BBC newsroom.

As of 2017, Gracie has a salary of £135,000. However, there is no detailed information regarding her estimated net worth at present.

Carrie Gracie became part of a controversy after she resigned from her post of China editor for BBC News at the end of December 2017/beginning of January 2018, citing what she said was pay discrimination over gender for the BBC’s international editors.

This action of her became part of several other news and was the headline for several tabloids across the country.

Talking about her body measurement, there is no information about Gracie’s height and weight. Her hair color is blonde and eye color is dark brown.