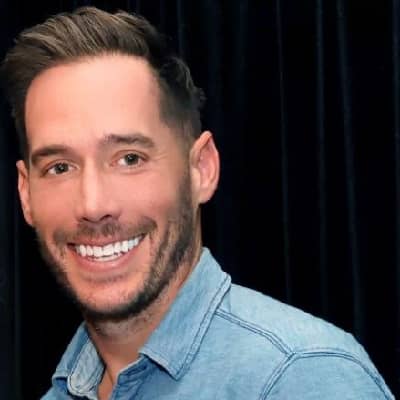 Talking about his relationship details, Carter Reum is happily living a married life with his longtime girlfriend, Paris Hilton.

Hilton is a popular businesswoman, socialite, television personality, and actress.

The couple started dating in 2019 and Vogue magazine later published their relationship details in September 2020.

They announced their engagement on 17 February 2021 and finally walked through the aisle on 11 November 2021.

The couple welcomed their first baby via surrogacy. On 24 January 2023, Hilton revealed the good news on Instagram by posting a picture of her baby holding her hand with his tiny little fingers.

However, the name and the gender of the baby are unknown yet.

Who is Carter Reum?

Moreover, he co-founded VEEV Spirit- a vodka brand-along with his brother Courtney Reyn.

Carter Reum was born on 5 February 1981. At present, his age is 41 years old. Likewise, his birthplace is Wayne, Illinois, the USA.

Carter is the son of his father, W Robert Reum whereas his mother is Sherry Reum. Moreover, he has a brother named Courtney and a sister named Halle.

Talking about his nationality, Reum holds an American identity whereas his ethnicity is Caucasian.

Regarding education, the entrepreneur graduated from Columbia College of Columbia University in 2003.

Reum is also an alumnus of Zeta Beta Tau Fraternity, initiated into its Delta Chapter at Columbia University.

Carter is professionally an author, entrepreneur, and venture capitalist. Reum along with his brother, Courtney founded the alcohol brand, VEEV Spirits.

The company is ranked in Inc. Magzine’s 5000 fastest-growing private companies in America.

Moreover, Reum and his brother also built up an investment company named M13. The company soon reported that they were sponsoring $100 million in investments into different startups.

He was also featured in episodes of the television series, Hatched. The star has also been featured as a guest and a commentator on different networks like CBS and Fox.

The businessman has written a book along with his book titled, Shortcut Your Startup: Ten Ways to Speed Up Entrepreneurial Success.

The book was dedicated to their father who passed away while they had not completed writing the book.

Reum is presently the writer for the Huffington Post and Inc. Magazine. Besides, he has learned great ideas by investing in companies such as SpaceX, Lyft, Pinterest, and Warby Parker.

A successful businessman, Reum has earned a handsome amount of money from his profession. He lives a lavish lifestyle along with his partner.

It is reported that Carter Reum has an estimated net worth of $300 million as of 2022. His dad, W Robert has a massive net worth of $4 billion.

Carter has never been part of any controversial matter or rumors till now. The star has been preoccupied with his professional and personal life.

It seems that Reum prefers enjoying his personal life and does not want to merge it with his professional life.

He stands at a height of 5 feet 11 inches. Also, he has a balanced body weight of 78kg.

Furthermore, Reum has dark brown eyes whereas his hair is brown.

Nevertheless, the star personality has never mentioned other physical details to the public yet.

Regarding his social media presence, Carter Reum is an active personality on social media.

Moreover, Reum is also available on Facebook at the moment.