Skip to content
Married Biography
Married Biography / Entertainment / A journey from a cartoonist and an animator to a Filipino singer and songwriter. Explore about Daryl Ong from The Voice of the Philippines (season 2)!

A journey from a cartoonist and an animator to a Filipino singer and songwriter. Explore about Daryl Ong from The Voice of the Philippines (season 2)! 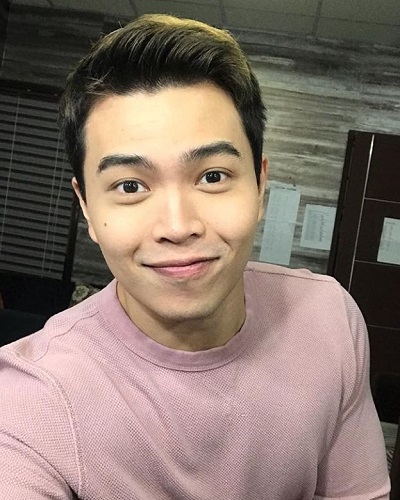 Daryl Ong is a singer and songwriter. He is known for his talent as Animator.

Daryl Ong was born on March 24, 1987, which makes him 31 years old at present. This Filipino singer was born in Puerto Princesa, Palawan, Philippines.

We do not have detailed data about his parents’ names or the type of job they do. We also lack details about his family background and his childhood days.

Father of a son

The journey from an animator to a singer

In his blind audition for The Voice of the Philippines (season 2), he was able to turn in three coaches. Along with impressing the coaches, his voice caught the attention of the Filipino viewers.

Daryl Ong chose apl.de.ap who is an American-Filipino rapper and also a member of the Musical group Black Eyed Peas. He then released a self-titled album in 2015.

Also read: Johanne Morissette Daug Amon popular as her stage name Morissette Amon- a singer and a Filipina actress grew up in a family with a musical environment!

Daryl’s rise to fame is all because of joining the singing competition The Voice of the Philippines (season 2). He began singing covers, such as “All of Me”, “Kahit Maputi Na Ang Buhok Ko”, “Rude”, etc.

He is also a member of a boy group named “Voices of 5”. Daryl owns his own YouTube channel with 326k subscribers and many cover songs. He started uploading videos in August of 2013.

Interest in music began since his early childhood, Micah Javon Cooper a.k.a Rxchie an American singer, rapper and songwriter is now stepping to Acting!
Tags : animator Cartoonist Singer Songwriter The Voice of the Philippines (season 2)