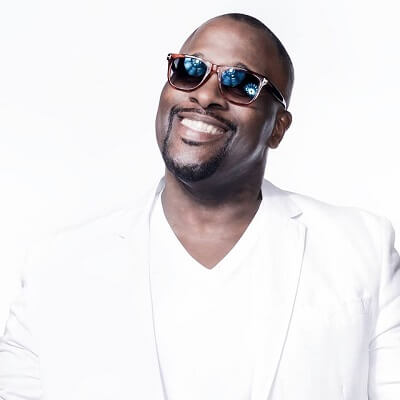 GOD HAS TRULY BLESSED ME WITH GIFTS TO SHARE WITH THE WORLD THROUGH MUSIC AND WRITING, AND AS FAR AS I’M CONCERNED I’VE ONLY JUST BEGUN.

Carvin Winans is a married man. His wife‘s name is Chérie Winans. There is no information about their marriage date. From their relationship, the couple has two children, Shanniah, and Laylah.

Previously, he was married to Debra Winan. From his first marriage, he has four children, Carvin Jr, Juan, Deborah Joy, and Ian. There is no information about their marriage and divorce date.

Who is Carvin Winans?

Carvin Winans is an American Grammy-winning gospel singer. He is famous as a member of The Winans family, a gospel group.