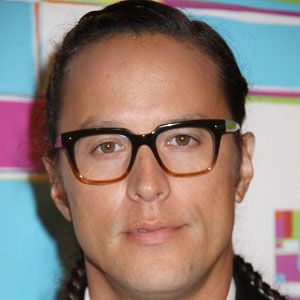 When I was a kid, I knew the black and white version of 'Jane Eyre,' and I guess I became interested in the idea of romantic love - of unrequited love and the tragedies of that

of what are the important things in life

what should one value over other materials

I think I learned discipline on 'Jane Eyre.' Charlotte Bronte's dialogue, the intellectual duel between Rochester and Jane Eyre's character, is so compelling that you didn't have to do much with the placement of cameras.

Cary Fukunaga rumored to be having an affair with Margaret Qualley. Then in May 2017, US Weekly confirmed that the both are in a relationship.

Cary is 17 years elder than Margaret. Anyways, they both have not confirmed about their dating affair.

Who is Cary Fukunaga?

Cary Fukunaga is an American award-winning director, writer, and cinematographer. He is best known for directing the first season of the hit HBO psychological thriller True Detective. He is also known for writing and directing the 2009 film Sin Nombre and the 2011 film Jane Eyre.

Cary Fukunaga was born on 10 July 1977, in Oakland, California, USA. Cary is an American by nationality and is of Japanese, Swedish, English, and German ethnicity.

His birth name is Cary Joji Fukunaga. His father Anthony Shuzo Fukunaga is a third-generation Japanese-American. His mother Gretchen May Grufman is Swedish-American. He originally wanted to be a pro snowboarder but switched to filmmaking in his mid-twenties.

He graduated from the University of California, Santa Cruz with a Bachelor of Arts in history in 1999. After that, he enrolled at New York University’s Tisch School of Arts and graduated with a degree in Film Program.

Cary began his career as a director and writer in 2004, while he was at New York University. He wrote and directed the short film Victoria para Chino (2004). For the film, he received a Student Academy Award in 2005. His film won other several awards. After that, he wrote and directed the short films Kofi in 2008 and Sleepwalking in the Rift in 2012. Fukunaga made his feature film debut with Sin Nombre as a writer and director. The film received a number of awards, including the Directing Award at the 2009 Sundance Film Festival and a “New Director’s Award” at the 2009 Edinburgh International Film Festival.

Fukunaga directed all eight episodes of the first season of the 2014 HBO TV series True Detective. For his work in the series, he won the “Primetime Emmy Award for Outstanding Directing for a Drama Series”. He has received acclaim for the 2015 war drama Beasts of No Nation, in which he was a writer, director, producer, and cinematographer. It is reported that he is currently directing the drama Shockwave.

Cary Fukunaga: Salary and Net Worth

He has accumulated a net worth of $2 million. But there is no information regarding his salary.

Rumors were that Cary was in a relationship with the famous American actress Michelle Williams in 2011. Currently, there are no desperate rumors regarding his personal and professional life. It seems he is doing best job without harming others and has been a straight person in his life, for which he has not been in any controversy yet.

Cary has the height of 6 feet 1.4 inches. His body weighs 76kg. He has black hair and dark brown eyes.