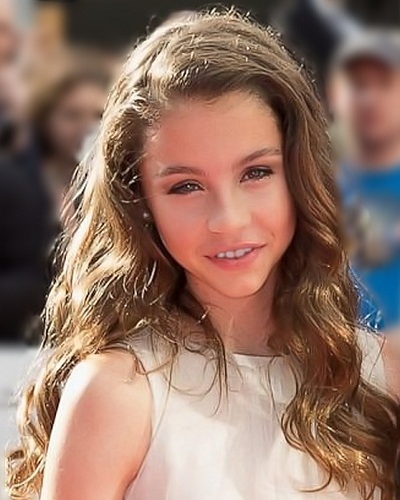 Carys Zeta-Douglas and her mother Catherine Zeta-Douglas, 48 are featured in the September 2018 issue of Town and Country magazine and this issue is called Modern Swans. Catherine is married to actor Michael Douglas, 77.

In this issue, Carys, 15 talked about her family life and relations with her parents. She revealed:

“I thought my dad was a pancake maker. I didn’t know he was an actor. Honestly,”

Carys was kept out of the spotlight and was away in Bermuda when she was small.

Carys also spoke about how she had to work even harder since both her parents are so talented and famous. She said that the Douglas dynasty had put some pressure on her. Little Carys stated:

“When I was younger I didn’t like the idea of having his name attached, this kind of ‘Douglas Dynasty’ stuff,”

Carys had to prove herself at every stage of her life. She used to be disturbed a lot on seeing the paparazzi. He then realized that she has to cope with all this since she was the daughter of famous celebrities and changed her mindset. Carys said:

“They would jump on the subway and sit right in front of me. I was like, six. I was confused.”

What did Catherine say for the cover interview

Catherine talked about her parenting. She said that she always wanted her children to be well-mannered like how she herself was in her young days and also now.

“I drilled it into them like boot camp. The teenage years… She knows she cannot roll her eyes at me, or huff and puff around me.

“I never did it to my mother; and she’s not doing it to me.”

Catherine also has a son Dylan, 21 with Michael Douglas. The kids accompany the parents on the red carpet often.

Michael is currently doing the promotion of his new film called Ant-Man and the Wasp. He portrays the character of Dr. Hank Pym in it.

He has a son named Cameron, 44 with his first wife Diandra Luker who was the daughter of an Austrian diplomat. Cameron was jailed for drug offenses and is now out of the prison.

“My son’s struggle was a nightmare. I’m happy to say he’s in wonderful shape now.

“He’s been out of federal prison a year and a half and he’s actively pursuing his career.”